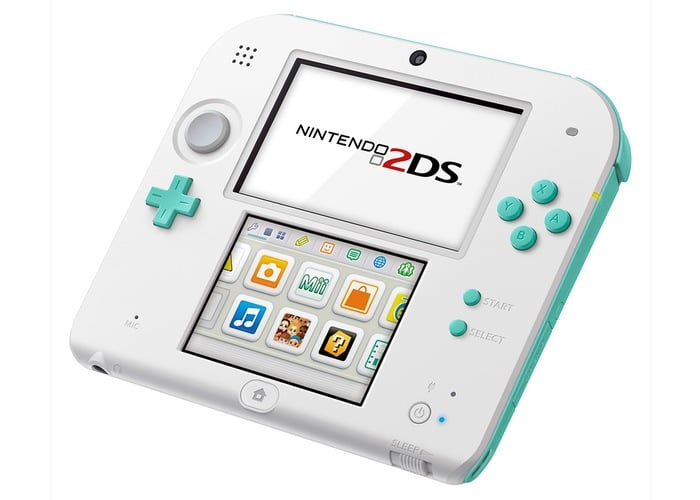 Nintendo has this week announced that a new Nintendo 2DS Sea Green handheld console will be available to purchase in the US from June 6th, 2014 priced at $129.99.

The new Nintendo 2DS Sea Green joins the already available in blue and red versions of the gaming console and offers a similar shade to the colours used by Nintendo on its larger Wii and Wii U consoles.

The Nintendo 2DS is an entry-level version of the popular Nintendo 3DS and sports identical hardware, similar functionality, and is fully compatible with software designed for the Nintendo DS and 3DS.

The Nintendo 2DS games console was first introduced in August 2013, and arrived in stores during October 2013. Nintendo of America’s COO, Reggie Fils-Aime, says the Nintendo 2DS is meant for “the entry-level consumer looking for lower-priced access to a fantastic library.”

The Nintendo 2DS is designed with a slate casing rather than clamshell design and launched with a retail price of $129.99, where it’s stayed, compared to the current price of the 3DS and 3DS XL, that both fluctuate between $149 and $169 depending on retailer and time of the year.