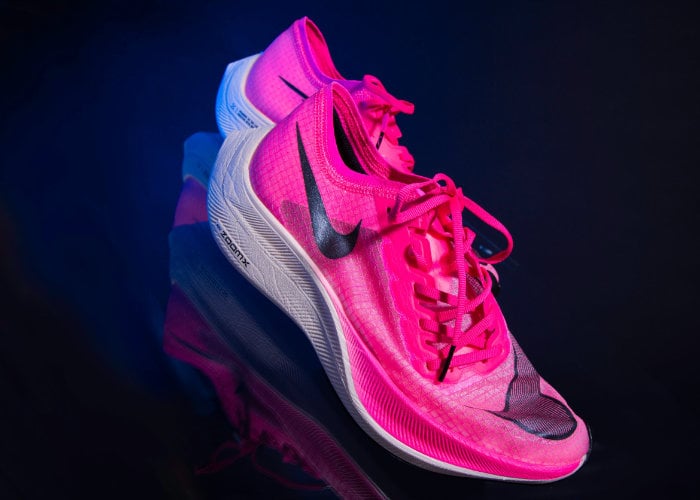 If you are interested in learning more about the controversial construction and technology that is incorporated into Nike’s Vaporfly running shoe you’ll be interested in the Wall Street Journal investigation into the running shoe which recently narrowly missed being banned from competition.

“Eliud Kipchope wore a prototype version of the Nike Air Zoom Alphafly NEXT% in Vienna last October when he became the first person in history to run a marathon in less than two hours. The feat prompted international athletics officials to investigate Nike’s Vaporfly and Alphafly shoes to assess whether their technology provided an unfair mechanical advantage in competition.”

The Nike Vaporfly running shoes avoided a ban, and the World Athletics has now determined that shoes must be readily available to all athletes for at least four months before they can be cleared for use in competition, and determined that future versions of tech-enhanced sneakers must have a midsole no thicker than 40 millimeters and can feature no more than one rigid plate, carbon or otherwise.

Do you think Nike’s Vaporfly running shoe be banned?