Google has launched a new Nexus Wireless Charger on their Google Play Store, the device will retail for $49.99 and it will be compatible with a number of Nexus devices. 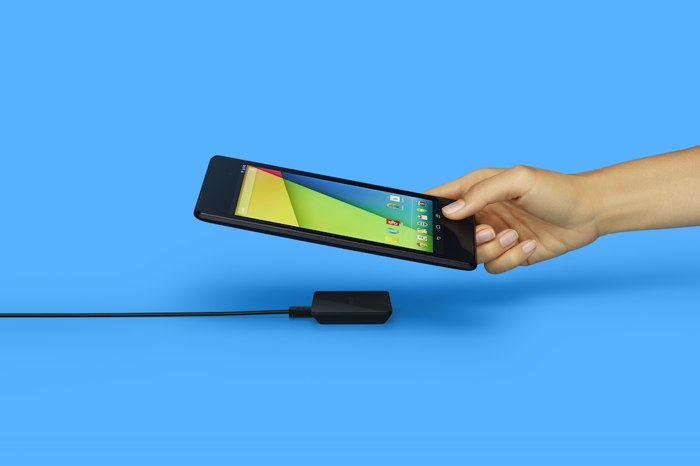 With the Nexus Wireless Charger, your new Nexus 7 becomes the first truly wireless tablet. No more messing with wires, cords and plugs – your tablet just snaps into place on the magnetic face and begins charging. The Nexus Wireless Charger adheres securely to any surface – like your desk, counter top or nightstand – so the convenience of grab-and-go charging is always within easy reach.

The Nexus Wireless Charger measures 60mm by 60mm by 12.5mm thick, and it is now available to order from the Google Play Store, and will ship withing two days. 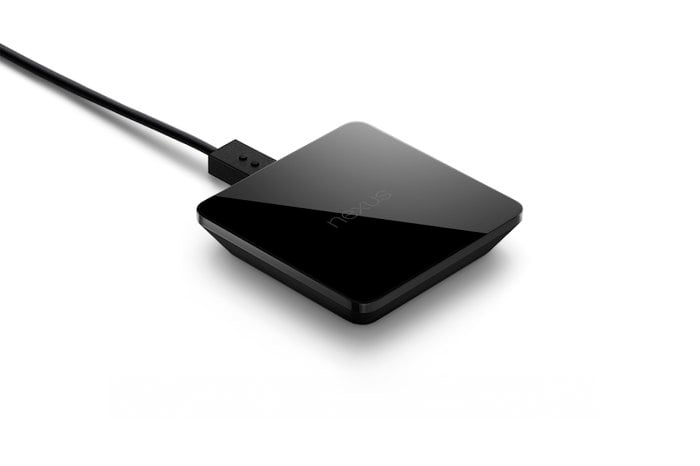 As well as adding their new wireless charger to the Google Play Store, Google has also made some of the Nexus 5 cases available, including the yellow bumper case and the QuickCover cases for the handset in black and white.

Source Android and Me, TechMeme