The slides reveal that a POGO dock for the Nexus 7 will start shipping on August 24 and will be priced at $44.99, allowing you to charge your Nexus 7 tablet whilst docked. 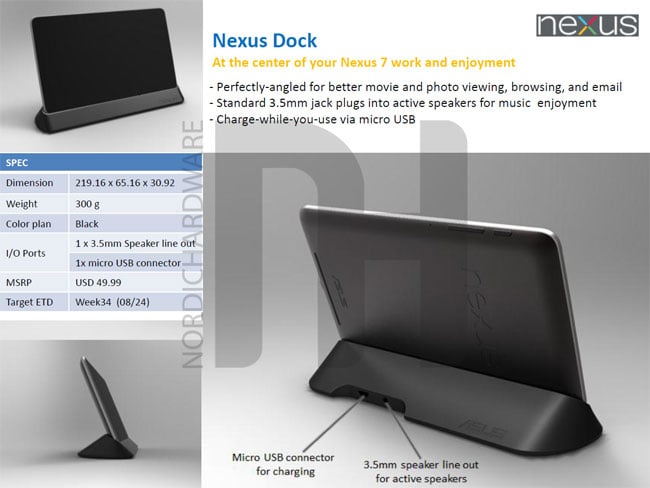 The POGO Nexus 7 dock will be equipped with a 3.5mm headphone socket and 1 x micro USB port, and the leaked slide details state that the tablet dock has been created to “perfectly-angle” your Nexus 7 for “better movie and photo viewing, browsing, and email.”

A variety of new covers have also been revealed in the leaked slides, which will be available in a range of colours and with prices starting from as little as $19, rising up to $39 for the Asus premium cover. 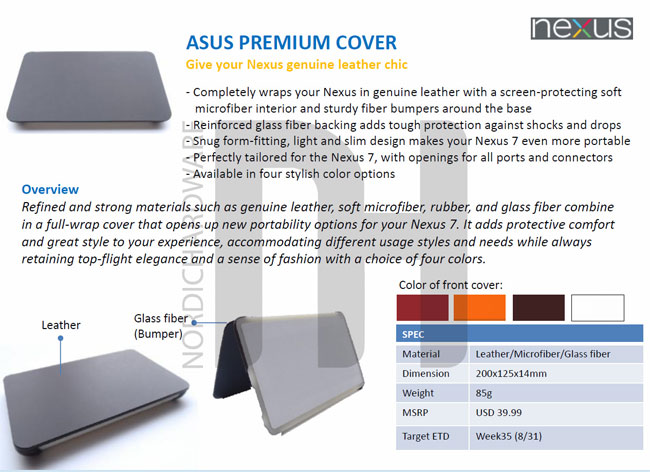 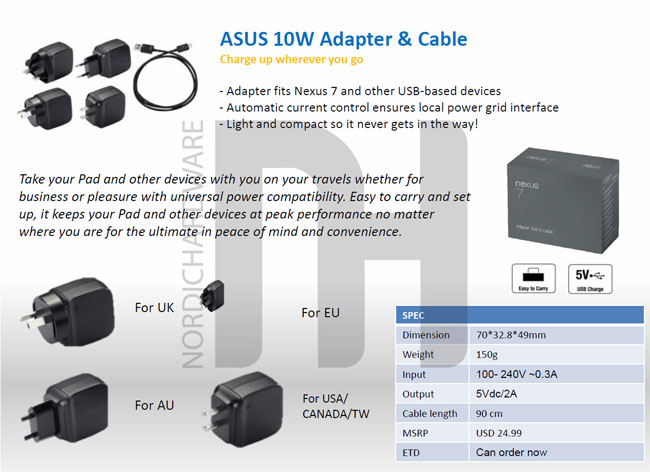 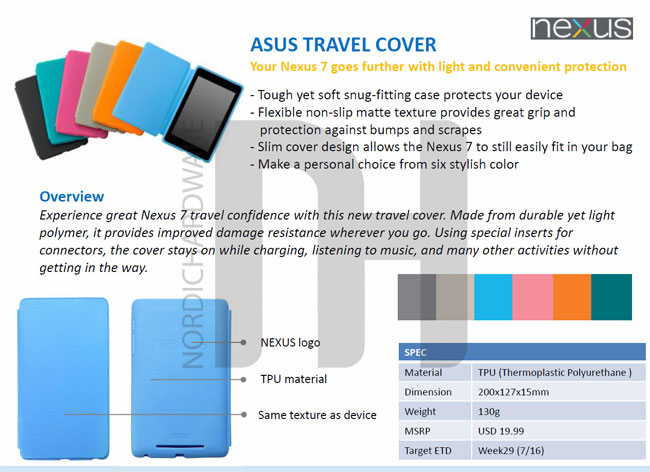