Rumours have been circulating for quite some time with regards the specifications for Microsoft’s new next generation Xbox gaming console code named “Durango”.

But now the VGLeaks website is claiming to have a source that has provided leaked specifications for the new next generation console, that will eventually replace the existing Xbox 360 console. 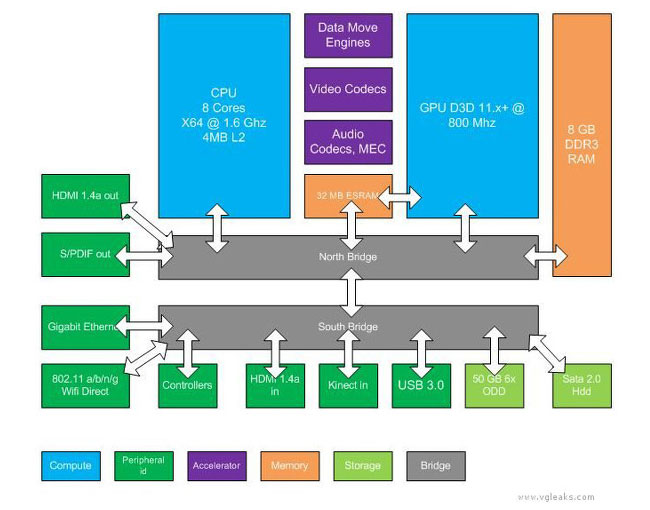 The leaked specifications state that the next generation Xbox will be equipped with 8 processor cores running at 1.6 gigahertz (GHz), with each CPU thread having its own 32 KB L1 instruction cache and 32 KB L1 data cache.

Also each module of four CPU cores has a 2 MB L2 cache resulting in a total of 4 MB of L2 cache, and each core has one fully independent hardware thread with no shared execution resources, together with a hardware thread can issue two instructions per clock.

As far as graphics go the new Xbox system will be equipped with a custom D3D11.1 class 800-MHz graphics processor, with 12 shader cores providing a total of 768 threads and each thread preforming one scalar multiplication and addition operation (MADD) per clock cycle.

As with all leaked information these specification have yet to be official confirmed by Microsoft, but the Eurogamer website has performed a little research into the source of the leaked information and confirms it could very well be legitimate.  As soon as information comes to light we will keep you updated as always.