Intel has announced their next generation Intel Thunderbolt, and the interface has had a speed boost to double of what it was previously and now offers speeds of up to 20Gbps.

The new Intel Thunderbolt now support 4K video file transfer and display, and Intel have said that it is backwards compatible with the current version of Thunderbolt. 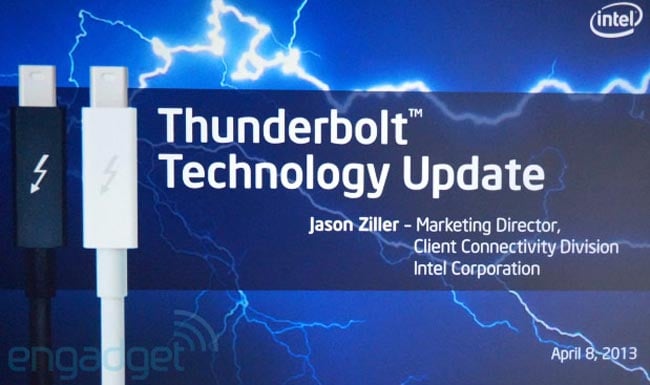 Intel have said that they expect the production of the new faster Thunderbolt to ramp up in 2014, they also announced a new Thunderbolt host controller which is codenamed Redwood Ridge, this will be built into Intel’s new fourth-gen core processors.