Lightning and a way to harness its power has always been an exciting goal for researchers and scientists. A new discover presented at the annual meeting of the American Chemical Society has shown a method to collect and harness electricity from atmospheric water vapour. 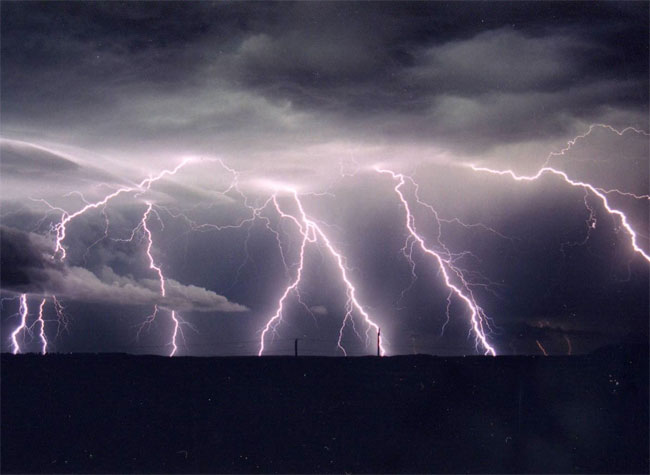 Imagine devices that capture electricity from the air a little like solar cells do to capture sunlight. Sound a little strange? Well Scientists already are in the early stages of developing such devices, according to the report presented today.

“Our research could pave the way for turning electricity from the atmosphere into an alternative energy source for the future,” said study leader Fernando Galembeck, Ph.D.

And the new research might solve a riddle scientists have been trying to solve for over 200 years regards the way electricity is produced and discharged in to the atmosphere.

Galembeck and colleagues confirmed their idea, using laboratory experiments that simulated water’s contact with dust particles in the air.

But dont get to excited just yet as the research has a long way to go before it will be commercially viable and you will start to see collecting panels on roof tops.

Via DVICE Via Eureka