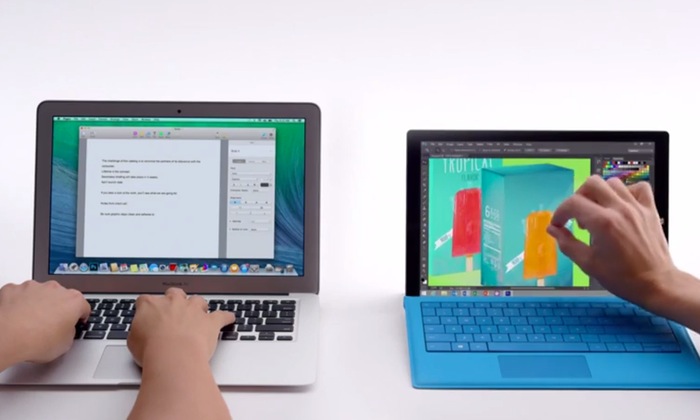 In an attempt to boost their Surface Pro 3 sales Microsoft has this month released new adverts comparing their Windows 8.1 tablet with Apple’s MacBook laptop. Check them out after the jump to see how the two systems compare in Microsoft’s eyes.

The Microsoft Surface Pro 3 is equipped with a 12-inch display sporting a resolution of 2160 x 1440 pixels, and can be powered by a variety of processor options, from Core i3 to i7. 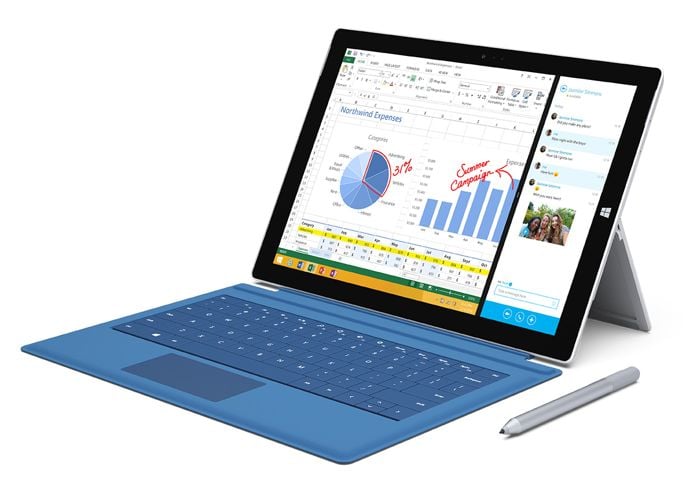 The Surface Pro 3 Windows tablet also offers up to 512GB of SSD storage with up to 8GB of RAM, with the 64 and 128GB Pro 3 models offering 4GB of RAM with the remainder offering 8GB. Microsoft explains a little more about their inspiration for the new Surface Pro tablet :

“A tablet that can replace your laptop? Take the Surface Pro 3. It’s lighter and thinner than the MacBook Air, yet it has the same intel Core i5 processor. And it also has a USB port, touchscreen and converts into a tablet.”

Other features of the Surface Pro 3 include WiFi, Bluetooth 4.0 LE, together with a battery capable of providing up to 9 hours life on a single charger. As well as 5 megapixel front facing camera for video calling, and another 5 megapixel rear facing for video and photographs.

For more information on the new Surface Pro 3 options now available jump over to the Microsoft website for details, full specifications and prices.