Water guns are a staple in Texas when the summer rolls around. You will see kids everywhere running around shooting at each other and having fun. Most of those water guns have bottles that you have to fill with water, and it takes you out of the fun while you refill. A new water gun from Super Soaker called the Thunderstorm has surfaced. 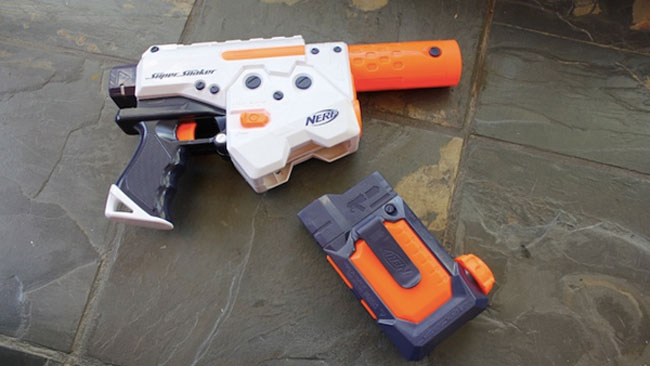 The water gun is Super Soaker branded and sells for $15. It has four AA batteries to power its continuous soaking action so you don’t have to stop and refill. The coolest feature is that the water gun doesn’t have a tank you have to fill. It has magazines as a real weapon would.

The magazines have spring-loaded stoppers that keep the water from spilling if you go running around. When you need a refill, you pop out the empty clip and then pop in a new one. You don’t have to unscrew anything, just swap them out. Each additional magazine costs $4.