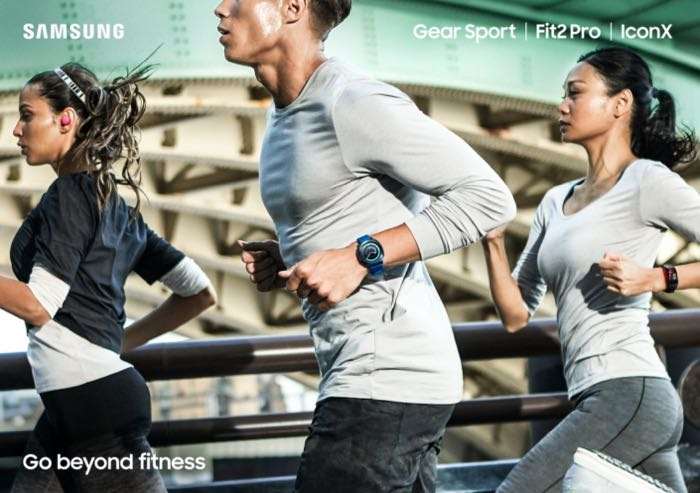 Samsung has now released a promo video for their new wearable devices and we get to see some of their features in the video below.

As a reminder the Samsung Gear Sport has a 1.2 inch AMOLED display with a resolution of 360 by 360 pixels. The smartwatch comes with a dual core 1GHz processor, 768MB of RAM and 4GB of storage.

The Samsung Gear Fit2 Pro comes with a 1.5 inch curved AMOLED display with a resolution of 216 x 432 pixels and it has a dual core 1GHz processor, 512MB of RAM and 4GB of storage.

The Samsung Gear Icon X is a pair of wireless earbuds, they can be used with your smartphone via Bluetooth or they can be used independently. Each one comes with 4GB of storage built in. You can find out more details about all three devices over at Samsung at the link below.