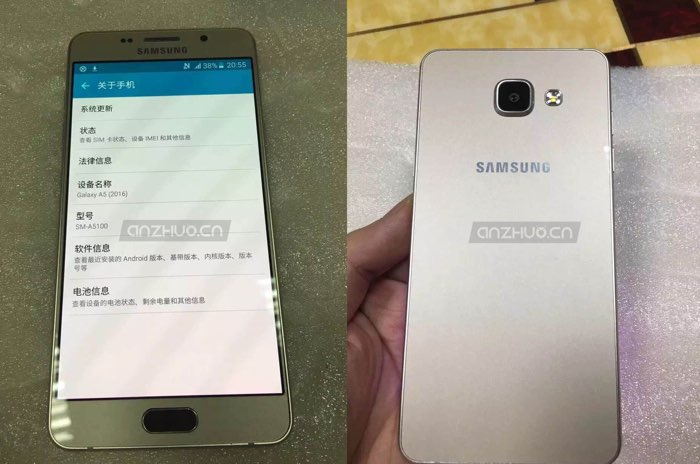 The new Samsung Galaxy A5 recently appeared at the FCC and now the handset has turned up in China’s TENAA which is the equivalent of the FCC.

The Galaxy A5 will come with a 5.2 inch Full HD display with a resolution of 1920 x 1080 pixels and the handset will also feature an octa core processor with a clock speed of 1.7GHz.

Other specifications on the new Samsung Galaxy A5 will include 2GB of RAM and 16GB of built in storage, the device will also feature a microSD card slot which will offer support for up to 128GB cards.

The new Galaxy A5 is equipped with front and rear facing cameras, the front camera is said to come with 5 megapixel for video chat and Selfies and the rear camera with 13 megapixels, the device will also come with WiFi, Bluetooth and Android Lollipop.

There will be three new smartphones in Samsung’s updated Galaxy A range which will include the A3, the A5 and A9, we are expecting all three handsets to launch shortly, as soon as we get some more details on the launch date of the handsets, we will let you guys know.