A new BBC backed radio application in the form of the new Radioplayer App will odder users a wealth of UK radio stations to listen to.

The new Radioplayer App has been created to offer over 300+ UK radio station in a new tablet optimised app which has been backed by the BBC and a number of other commercial partners. 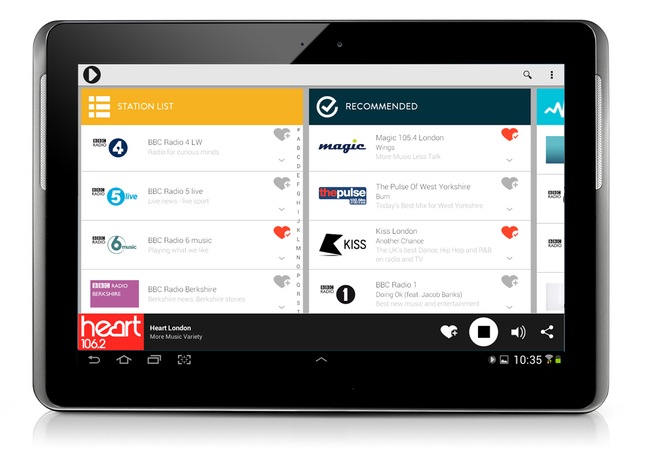 The original Radioplayer App launched nearly two years ago and the new version has been created to provide access to as many UK radio stations as possible.

The new Radioplayer app supports both iOS and Android and is available to download for free from their respected online app stores Google Play : iTunes App Store