The release date of the highly anticipated Portal 2 game is clawing its way ever closer and Valve has released another teaser video to keep you smiling. This time the Turret is under the spot light.

Aperture Science CEO Cave Johnson is back to introduce the new Portal 2 Turret thats now capable of firing 65 percent more bullet than its predecessor. Watch the promo teaser after the break. Enjoy! 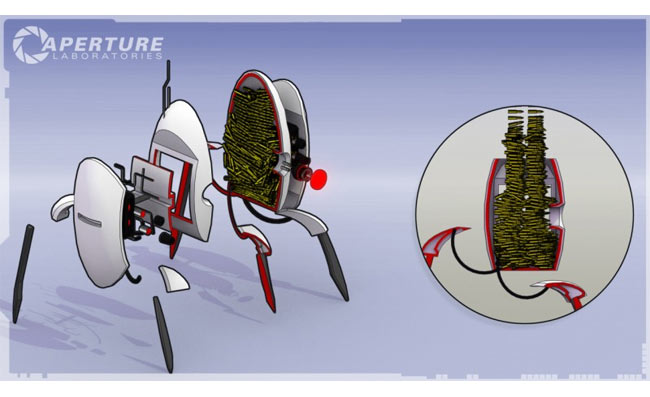 Portal 2 contains platforming and physics-based puzzles using the Aperture Science Handheld Portal Device (ASHPD, otherwise known as the portal gun, a device that can create a temporary wormhole between any two flat surfaces, to help you navigate the levels and conquer the gam