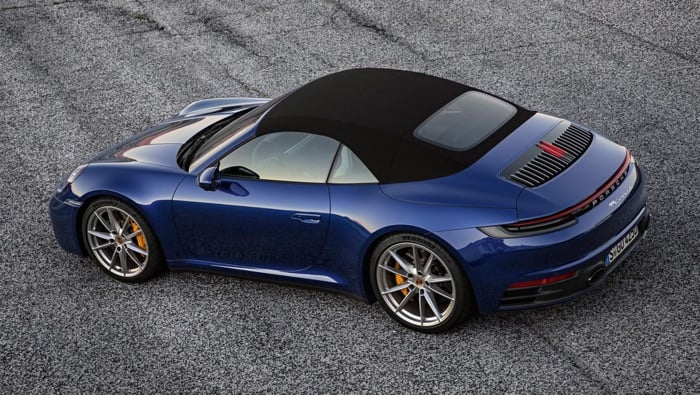 The new Porsche 911 Cabriolet was made official earlier today and now Porsche has released a promo video for the car.

In the video below we get to have a look at the design of the new Porsche 911 Cabriolet and also some of its features.

The new 911 Cabriolet looks wider, more self-assured and altogether more muscular than its predecessor. Wider wings arch over the large 20-inch wheels at the front and 21-inch wheels at the rear. The rear-wheel-drive models now match the bodywork width of the existing all-wheel models. The rear axle is 44 mm larger. The front end – generally 45 mm wider – revives a traditional feature from earlier 911 generations: a forward-extended bonnet with a distinctive recess in front of the windscreen. Both elements lengthen the front of the vehicle and give it a dynamic look.

You can find out more details about the new Porsche 911 Cabriolet over at Porsche at the link below.