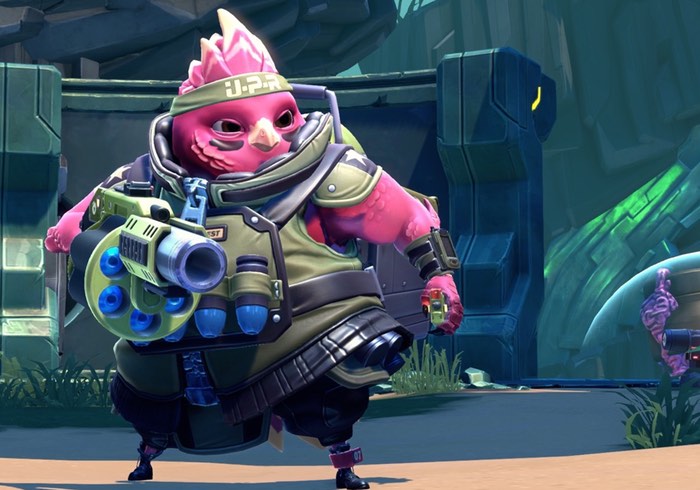 Gearbox Software has today unveiled the next new Battleborn Hero character to be added to the popular game in the form of the unique hard hitting pink bird Ernest.

Check out the trailer below to learn more about the skills Ernest brings to the battle field during Battelborn gameplay including a Mine Grid, Power Egg, Explosive Charges and more.

As of today, Ernest, the explosive demobird and 28th Battleborn, is available for owners of the Battleborn Season Pass and Digital Deluxe Edition! Head over to the Battleborn blog to get all the details on Ernest including his new skills video and our recent Ernest reveal livestream. There’s even some info on the 29th Battleborn, Kid Ultra!

Honor. Duty. Explosions! Ernest is prepared for just about any threat – and this is in no small part thanks to his grenade launcher. The various explosive ordinance rounds help Ernest lean on the offensive or provide a mean line of defense for his team.

Command 28 unique heroes and save the universe from the brink of extinction! Fight alone or alongside friends, play story missions or mow down foes in competitive multiplayer matches.

From the creators of Borderlands comes Battleborn, a new first-person shooter for every kind of badass available on PlayStation 4, PC, and Xbox One.