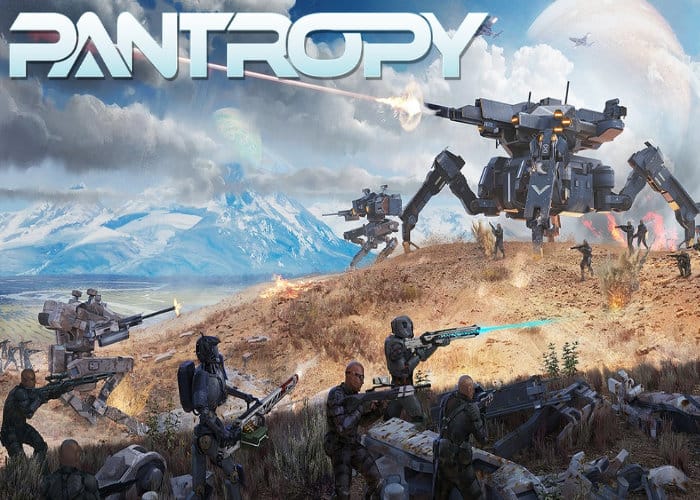 A new multiplayer shooter is currently under development called Pantropy which is aiming to provide a PvP and PvE science fiction based in that includes base building, vehicles, crafting, trading, missions and skill-based first-person-shooter FPS gameplay. Check out the teaser trailer below to learn more about what you can expect from the Pantropy game.

Pantropy is set on a huge 64 km2 (39 sq. Miles) handcrafted map, with an NPC faction of fearsome bio-mechanical creatures controlled by a rogue AI native to the planet Lethaea at the center of it, explains the development team behind Pantropy. “You join one of two player factions, the interplanetary mining corporations Andell or Itokawa, competing for domination against each other and one hostile NPC faction near the center of the map.  While relatively safe in the starting area (don’t expect any spawn kills), it becomes more dangerous as you venture into enemy territory with the goal to capture strategic objects like power plants and mining facilities and to push forward towards the enemy control tower.

“As you and your comrades build more bases, the NPC faction will try to capture territory for themselves and build their own bases if you let them. If you manage to push them back, you will be rewarded with loot, including encrypted data storage devices and alien artifacts you can research to uncover the history of what happened on Lethaea. “

For more details, media, screenshots, details and gameplay videos for the Pantropy game, jump over to the official Kickstarter crowdfunding campaign page by following the link below.