At NAB 2012 this week Panasonic has unveiled its new MicroP2 card, which has been created to provide users with all the speed they have come to expect from P2 technology, in the compact size of a SD card.

Pictured to the left of the cards below is the new Panasonic companion adaptor, which can be used in conjunction with a firmware update. Enabling you to use the new MicroP2 cards in devices that are equipped with PCMCIA sockets. 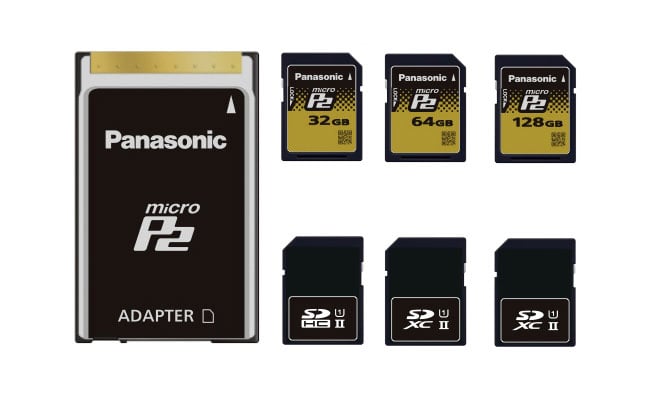 “Since introducing this Emmy Award-winning, solid-state recording format nearly a decade ago, Panasonic has continued to make improvements to P2,”-“The development of the microP2 card brings additional innovation to the owners of the more than 250,000 P2 products in use worldwide.”

Unfortunately no information on pricing or worldwide availability has been released as yet, but the new Panasonic MicroP2 cards are expected to arrive in stores sometime in the spring of 2013. As soon as information comes to light we will keep you updated as always.