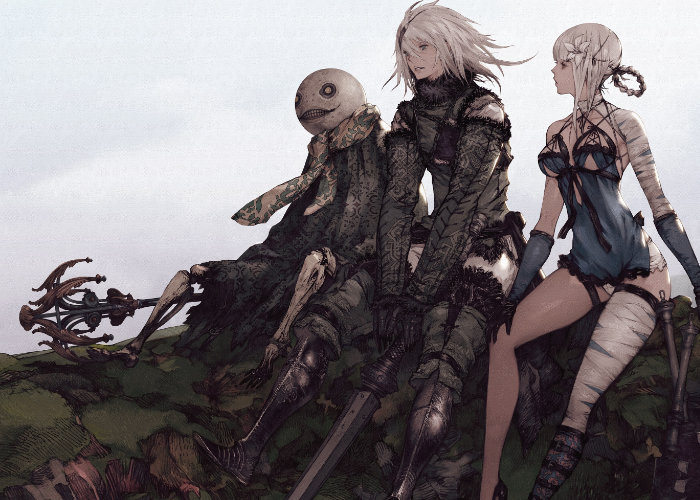 In preparation for the launch of the new and highly anticipated NieR Replicant ver.1.22474487139 which will be launching in a few days time and available to play from April 23rd 2021 onwards. A new gameplay trailer has been released providing a look at the new NieR Replicant thanks to the team at the PlayStation Underground. Stephanie Chang from Square Enix is also taken to the official PlayStation Blog to reveal more details about what you can expect from the latest version of the ground breaking innovative, game NieR Replicant. A unique feature, and difference from NieR:Automata, is the ability to use magic in this world. Grimoire Weiss, a magical tome who joins your team, gradually unlocks Sealed Verses (aka powerful and flashy magic spells) as you progress.

“The original version, titled NIER (also known as NieR Gestalt in Japan), released in 2010 on PlayStation 3, and became a cult hit thanks to its unique setting, engaging storytelling, and outstanding soundtrack. It was followed in 2017 by NieR:Automata for PlayStation 4, which quickly gained vast critical acclaim thanks to its fluid combat and mind-blowing narrative. With the success of NieR:Automata, weâ€™re happy to bring you an enhanced version of NieR Replicant (the 2010 version that was previously only released in Japan), so you can experience the original story with revamped combat, enhanced visuals, newly recorded voice-overs largely featuring the original cast, a re-arranged and re-recorded soundtrack, and more. “

“Combat has been overhauled to feel more snappy, refined, and fluid than before, to provide a more NieR:Automata-like experience. In battle, youâ€™ll be able to use combos, by mixing your light and heavy attacks. There is also active dodge, counters, and parrying, which will help you stagger enemies and make them more susceptible to damage. Try mixing these tactics to find your favorite style to dispatch Shades. “

NieR Replicant ver.1.22474487139…, the highly anticipated prequel to the breakout hit, NieR:Automata, and upgrade of the legendary action-RPG, NieR Replicant, will launch on the PlayStation , Xbox One and PC via Steam“.