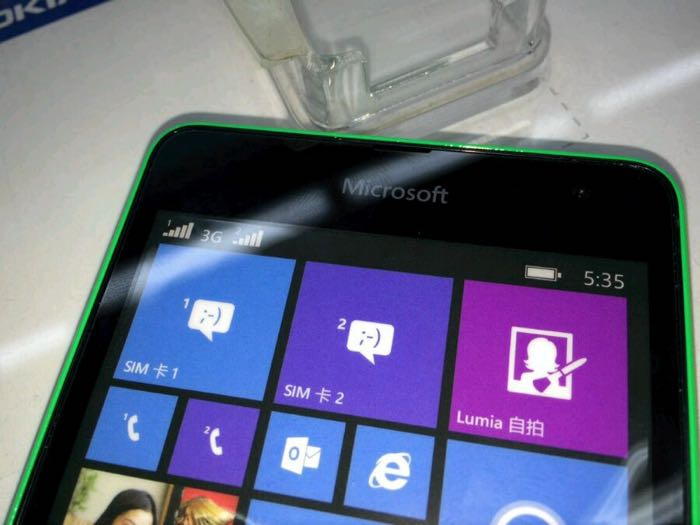 Microsoft are holding a press event tomorrow, where the company will announce their first Microsoft Lumia branded smartphone, and it looks like the handset will be the Microsoft Lumia 535.

The Microsoft Lumia 535 can been seen in the photos above and below, these are apparently photos of a dummy unit of the device, but they give us an idea of the handsets design, and also Microsoft’s new branding.

The Microsoft Lumia 535 will come with Windows Phone 8.1 and the handset will feature a 5 inch qHD display with a resolution of 5409 x 960 pixels. 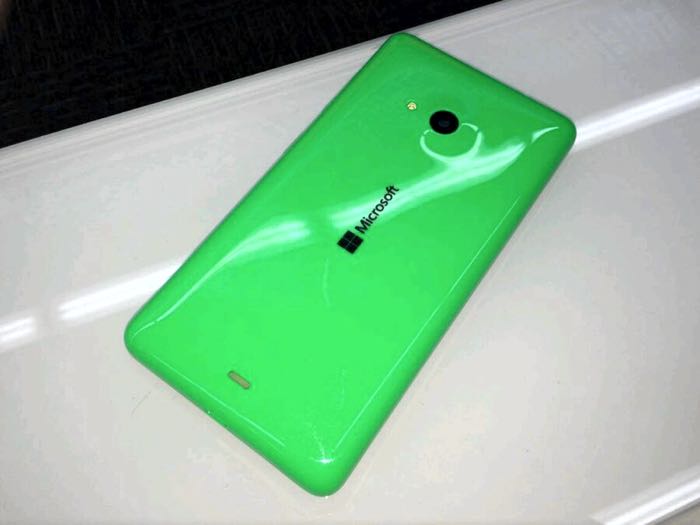 Processing on the new Lumia 535 will come with the form a 1.2GHz Qualcomm Snapdragon 200 processor and the device will also come with 1GB of RAM.

For storage the Microsoft Lumia 535 will come with 8GB of included storage, the handset will also feature front and rear facing cameras, the previous version did not have a front facing camera. 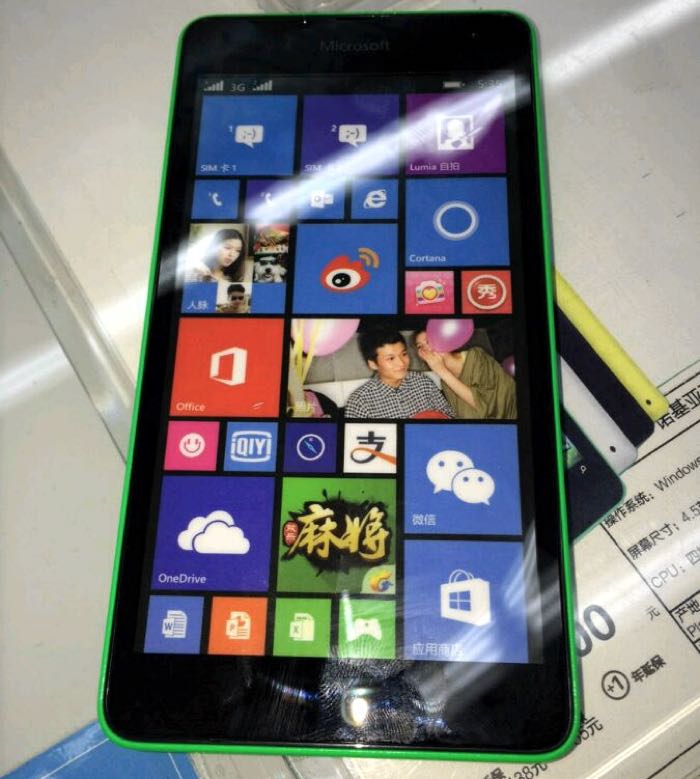 On the front of the handset there is a VGA camera for video calls, on the back of the device there is a 5 megapixel camera, the handset will also come with a 1900 mAh battery.

The Microsoft Lumia 535 will be available in a range of bright colors, which will include, blue, orange, green, gray and white, we will have more details on the handset when it is made official tomorrow.