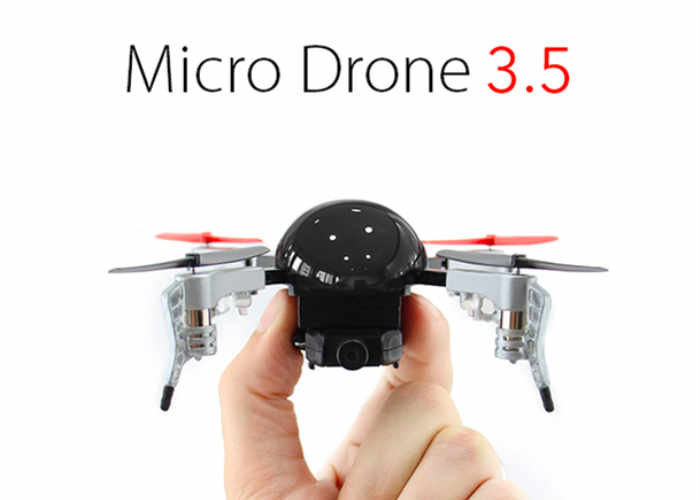 It looks like this project has been suspended by Kickstarter, thanks for the heads up from some of our readers.

Pascal the creators of the awesome Micro Drone have this week unveiled their latest creation in the form of the new Micro Drone 3.5 which can be flown by either a first timer or an expert drone pilot.

Watch the video below to learn more about the latest additions, enhancements and features which have been added to the latest Micro Drone 3.5 which is now available to back via Kickstarter with pledges starting from €119 for the Micro Drone and a virtual reality headset.

Shipping is expected to take place during January 2017 and the pocket size drone can be controlled using a companion application that is installed on your smartphone or tablet.

The development team at Pascal explain more about their new Kickstarter project.

Having worked on Micro Drone since 2013 and successfully produced three previous models, we have complete confidence in the delivery of this product. Combining all the experience, feedback and tacit knowledge and working alongside industry veterans, we have focused on the small things that matter, checking off each step in meticulous detail.

We have touched every part of the process from the industrial design (from the way magnets seamlessly attach the modules) to securing reliable production partners who can build Micro Drone at scale. Taken together we believe we will be able to not just deliver the best small size Drone to date, but one which is also user friendly.

For more information on the new Micro Drone 3.5 jump over to the Kickstarter website for details by following the link below.