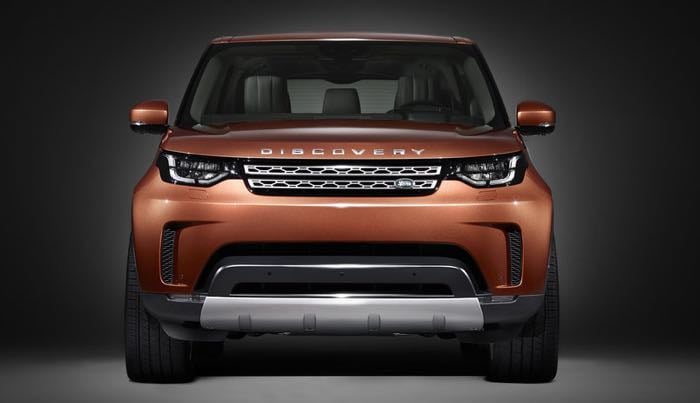 The new Land Rover Discovery will be unveiled at the Paris Motor Show later this month, this new SUV will be made official on the 28th of September.

Land Rover have now released a teaser photo of their new Discovery and it shows some of the design changes coming to this SUV.

As we can see from the photo, the styling on the new Land Rover Discovery is similar to that of the current generation Range Rover.

Land Rover have gotten rid of the square design of the old discovery and have gone for a more rounded and streamlined front on the new car.

As yet there are no details on what engine options will be made available in the new Discovery, we will have more details when it is made official later this month.