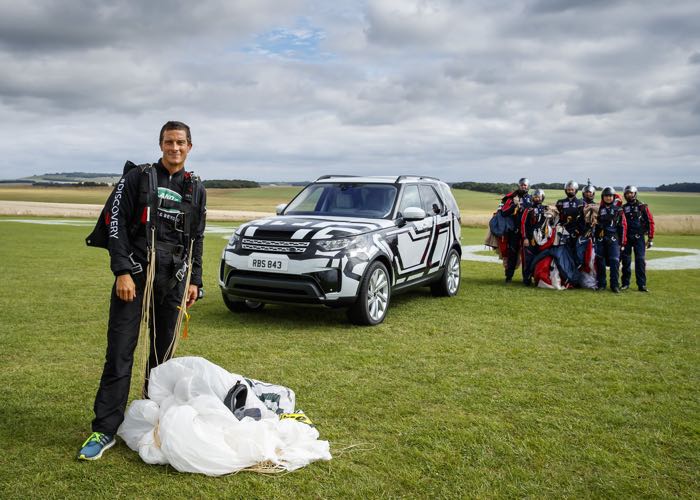 Yesterday we saw a teaser photo of the new Land Rover Discovery and now a video of the car has been released.

The video below shows Bear Grylls jumping out of a plane and then using a smartphone app to reorganize the seats inside the new Land Rover Discovery in mid air.

The Intelligent Seat Fold technology can be activated in four different ways, including the remote function tried and tested by Bear Grylls. Closer to the ground, switches within the luggage area and on the C-pillar allow the seats to be moved or folded while standing beside the vehicle. Row two and three seats can also be raised and lowered using the main touchscreen display on the dashboard.

Land Rover’s InControl Remote app allows customers using both iOS and Android smartphones to connect with New Discovery from anywhere in the world, making it possible to perform a variety of functions. From confirming all the windows are closed or checking the fuel level to setting the air conditioning or monitoring its location, the advanced technology brings new levels of customer convenience and connectivity to the premium SUV market.

You can find out more details about the new Discovery at the link below, the car will be officially unveiled at the Paris Motor Show on the 28th of September.