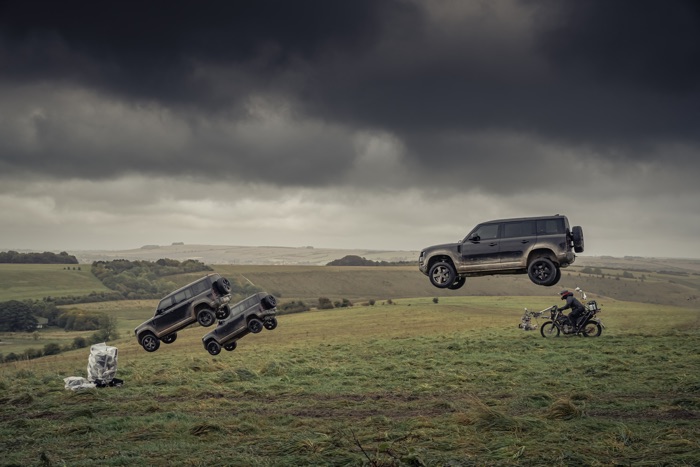 We recently saw a new trailer for the new 007 James Bond movie, No Time to Die and now we have another trailer, this one features footage from the movie showing the new Land Rover Defender.

The new Defender does some series off road in this new video, the video shows rehearsal footage from the movie.

The rehearsal footage included in the advert shows the new Defender launching into the air. The Defenders are put to further extreme tests as the vehicle is driven at top speeds through swamps and rivers.

The chase sequence in No Time To Die was led by stunt coordinator Lee Morrison, working alongside Oscar-winner Chris Corbould, the special effects and action vehicles supervisor.

You can find out more details about the new Land Rover Defender over at Land Rover at the link below, the new James Bond movies lands in theaters on the 20th of April 2020.