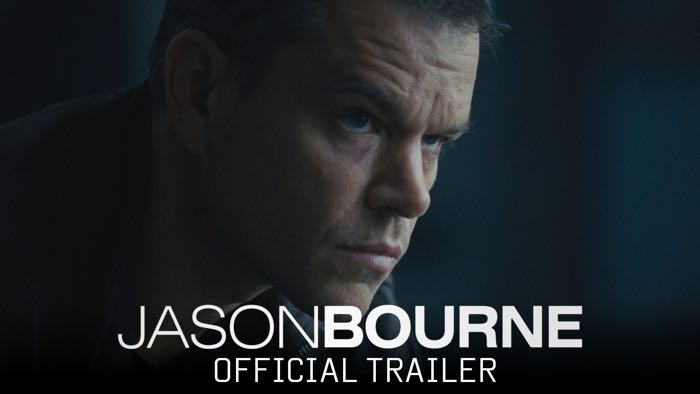 Universal Pictures has released the fist official trailer for the new Jason Bourne movie, the movie hits theaters on the 29th of July 2016.

Matt Damon returns as Jason Bourne and the movie is directed by Paul Greengrass who also directed the Bourne Supremacy and the Bourne Ultimatitum.

It certainly looks like this is going to be a good movie from the trailer, the new Jason Bourne movie lands in movie theaters this summer.