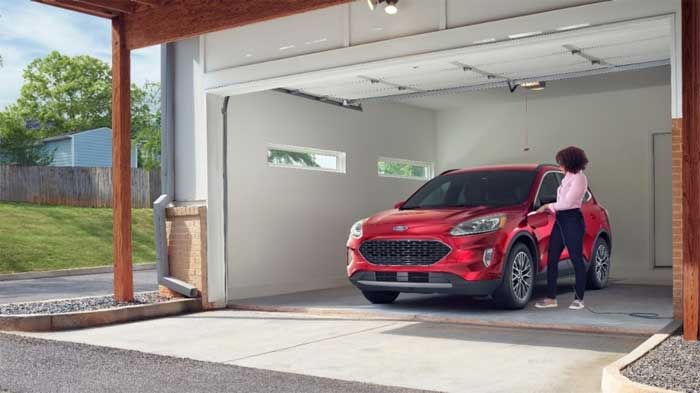 The Ford Escape Plug-in Hybrid has received its EPA-estimated economy and efficiency ranges. The EPA-estimated all-electric driving range is 37 miles, which Ford brags is 11 miles more than the Ford Fusion Energi. While offering a longer all-electric driving range, the Ford Escape Plug-in Hybrid provides four times the cargo volume behind the second-row seats.

Ford also notes that the EPA-estimated all-electric fuel economy rating is 100 MPGe. In some states, buyers of the Escape may qualify for a state tax incentive or rebate. The starting price is under $35,000 for the Ford Escape Plug-in Hybrid.

The vehicle can achieve an EPA-estimated rating of 41 MPG combined when running on gasoline. The Escape features an onboard Level 1/Level 2 AC charging port. It can recharge from a Level 1 source in 10 to 11 hours. Using a Level 2 charger takes roughly 3.5 hours to recharge the battery.