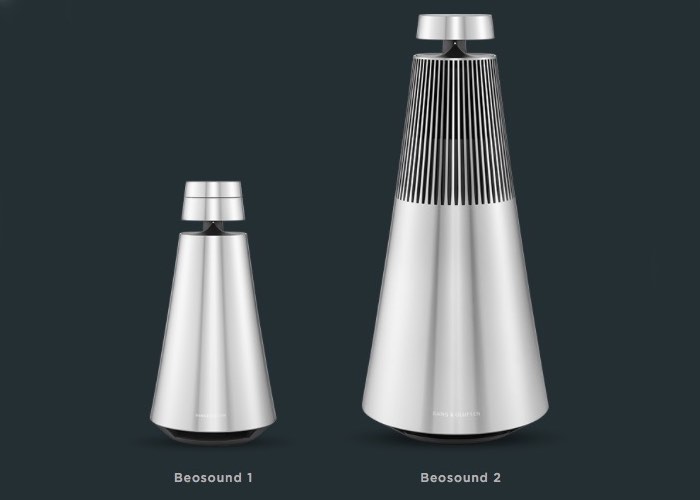 Bang & Olufsen has today announced the launch of a new range of wireless speakers which take the form of the Bang & Olufsen BeoSound 1 & 2 speakers. The B&O BeoSound 1 is available to purchase from today for $1,495, while the BeoSound 2 speakers will be available in store in a few months time from October 2016 onwards priced at $1,895.

The new range of wireless speakers from Bang & Olufsen have been designed to be both portable and provide 360 degree sound with the ability to seamlessly stream audio from almost any source. 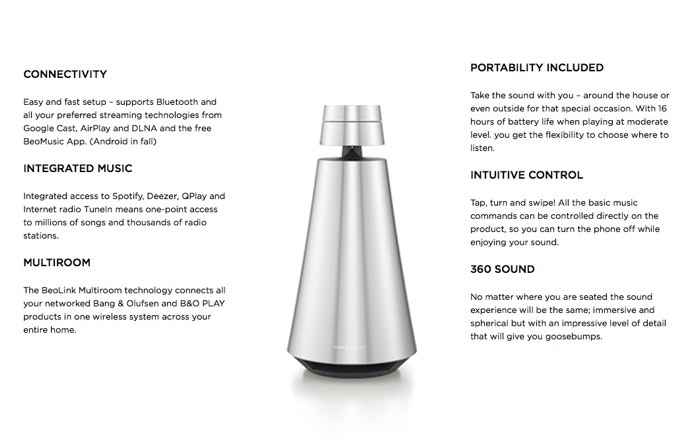 Watch the video below to learn more about the new Bang & Olufsen wireless speakers which are constructed from aluminium and come equipped with support for Spotify, Deezer QPlay and TuneIn built-in. B&O explain a little more about the speakers features and functionalities

BeoSound 1 plays along with all of the preferred wireless technologies. With Google Cast, Bluetooth, AirPlay, Spotify Connect or DLNA we have you more than covered. Play directly from your favourite music apps via Bluetooth or WIFI or get the full Bang & Olufsen experience through the BeoMusic App.

Spotify, Deezer, QPlay and TuneIn are all integrated, which makes it quick and convenient to access millions of songs and thousands of playlists and radio shows – and you don’t even have to pull out your phone or tablet to start playing.

Because the streaming services are incorporated in BeoSound 1 it has the added benefit of preserving battery life on your mobile device because the speaker streams directly from the cloud. The feature also allows you to keep using your phone, for calls, texts and games, without it interrupting the music.