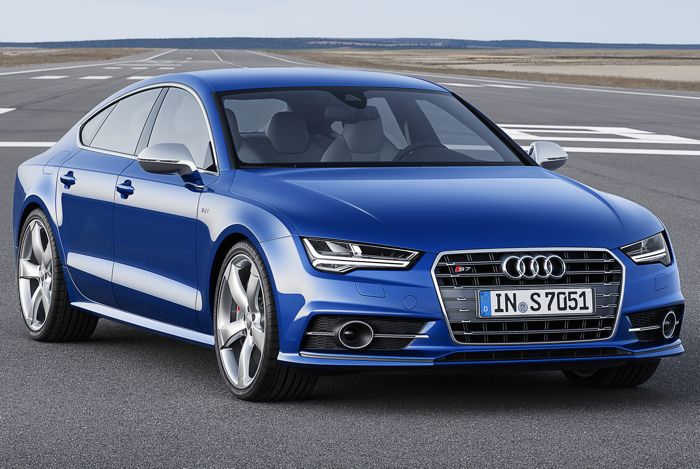 Last week Audi announced the new A7 and S7 Sportback, and now the company has released a video of the new Audi S7 Sportback in action.

In the video below we get to have a good look at the interior and exterior design of the Audi S7 Sportback, and also see the car in action on the road.

The new Audi S7 Sportback is being shown off at the Auto Mobil International in Leipzig on the 30th of May, and the company is also showing off the new Audi TT and TTS.

Wayne Griffiths, Head of Sales Germany at AUDI AG, is teaming up with entertainer Oliver Pocher for the Audi Press Conference and presenting the product improvement of the S7 Sportback to the public in detail: “The new S7 Sportback is a true athlete. Like all S models, it embodies the sporty character of the Audi brand and demonstrates its special status within our portfolio in terms of both appearance and performance.

The Audi S7 Sportback comes with a 4 liter TFSI engine that has 450HP, and it will retail for 82,300 Euros when it launches in Europe.

You can find out more information about the Audi S7 Sportback over at Audi at the link below, there are no details as yet on exactly when it will launch.