Ubisoft has released a new Rise trailer for they upcoming Assassin’s Creed III game which is currently in development and will be officially launching October 31st 2012, and is now available to pre-order for PC, Xbox 360 and PS3. 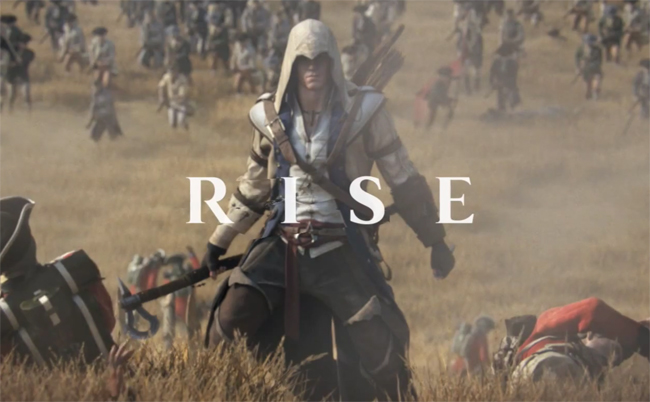 “For freedom to rise, the oppressor must fall. Blood will be shed, sacrifices will be made, but the idea we all fight for will live on forever.

Assassin’s Creed III shows us that the smallest action can spark the flame that ignites the revolution: a soldier fighting for his country; a priest struggling with his faith to follow his beliefs; a mother willing to kill to protect her children; a lone assassin, fighting for freedom and justice.

The strongest weapon against tyranny is the will of the individual… it’s time to RISE.”