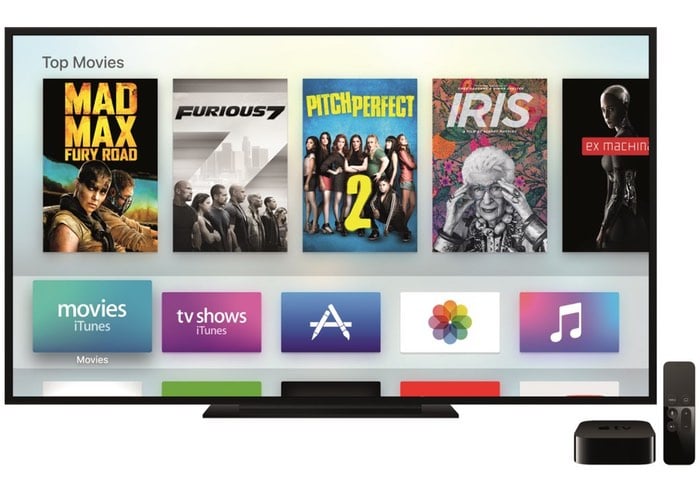 With the new Apple TV Top Charts providing information on the Top Paid, Top Free, and Top Grossing tvOS applications, enabling users to see those applications that are popular and trending.

Currently the Apple TV Top Paid chart is dominated by new games which have been specifically created for the new tvOS and currently include titles such as the hugely popular Galaxy On Fire, Does Not Commute, Lumino City, and Alto’s Adventure.

While the top Apple TV free applications are currently dominated by media app such as Nat Geo TV, Fox Now, Showtime, History, and CBS to name a few. It was also announced last month that the BBC would be bringing their popular iPlayer application to the Apple TV platform sometime in the coming months.

To recap the latest generation of Apple TV hardware is now available to purchase directly from the Apple online store with a number of versions available providing either 32 or 64GB of internal storage with prices starting at $149 and rising to $199 respectively. Apple explains more about their new Apple TV set-top box.

TV is a major part of our lives. We gather together around our big screens to watch big shows and big events. Yet somehow, the overall experience of TV has continued to stagnate. Until now. It all starts by recognizing that apps are the future of television.

HBO NOW, WatchESPN, Netflix, Hulu, iTunes — apps are quickly becoming how we watch today. So we built a new foundation around this vision — with a new operating system called tvOS, innovative ways to connect with your screen, and a smart use of Siri to search for something to watch. This is the new Apple TV. This is where television is headed.