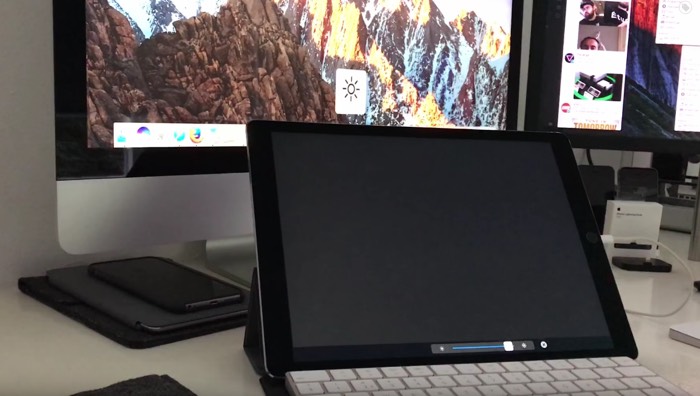 Apple’s new MacBook Pro is the company only device to come with their new Touch Bar and now two developers have come up with a way to enable the feature on older Macs using an iPad.

Developers Andreas Verhoeven and Robbert Klarenbeek have come up with a way to enable the Touch Bar features on an older Mac and then use an iPad instead of the Touch Bar for controls, have a look at the video below.

The app gives you the same functions as the Touch Bar has on Apple’s new MacBook Pro. You can find out more details about this cool Touch Bar demo app for the Mac at the links below.