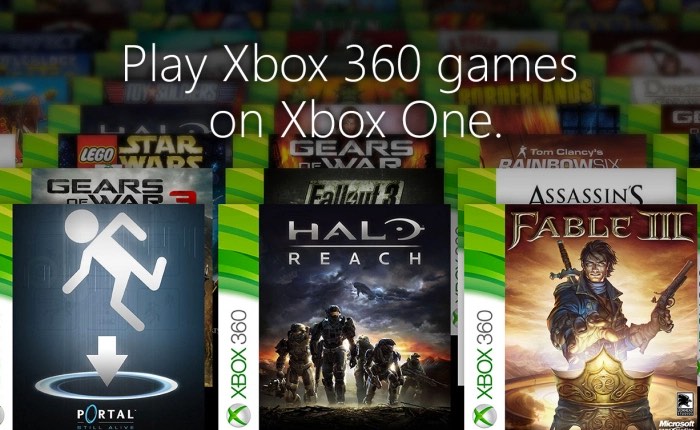 Since the launch of Xbox One backward compatibility back on November 12th 2016, Xbox players have been enjoying the games that were available from launch and the ability to play older Xbox 360 games on Xbox One.

Microsoft has revealed that more than 9 million hours have been spent playing Xbox 360 games on Xbox One since the features was made available and the most popular games include Fallout 3, Gears of War 3, Just Cause 2, Assassin’s Creed II and DiRT 3.

Check out a list of the new Xbox 360 games that now support Xbox One backward compatibility Microsoft explains more :

From titles like DEUS EX: HUMAN REVOLUTION to classics like Fable III, today, fans will have 16 additional games to choose from, expanding our growing library of Xbox One Backward Compatibility titles. And as a reminder, all Xbox 360 games available through Games with Gold after Nov. 12, such as the recently available Sacred 3, are playable on Xbox One. You can find the full list of our latest additions below and also on Xbox.com/BackCompat.

What’s more, hot off the heels of the Halo 5: Guardians launch and the Halo World Championship kickoff on Dec. 6, Halo fans can dive even deeper into the Halo universe as Halo: Reach is among the titles added to the catalog this month. The game showcases the power of Xbox One Backward Compatibility, bringing exciting storylines and gameplay from fan favorites onto one console. Today, Halo: Reach will join Halo 5: Guardians, Halo: The Master Chief Collection and Halo: Spartan Assault on Xbox One. 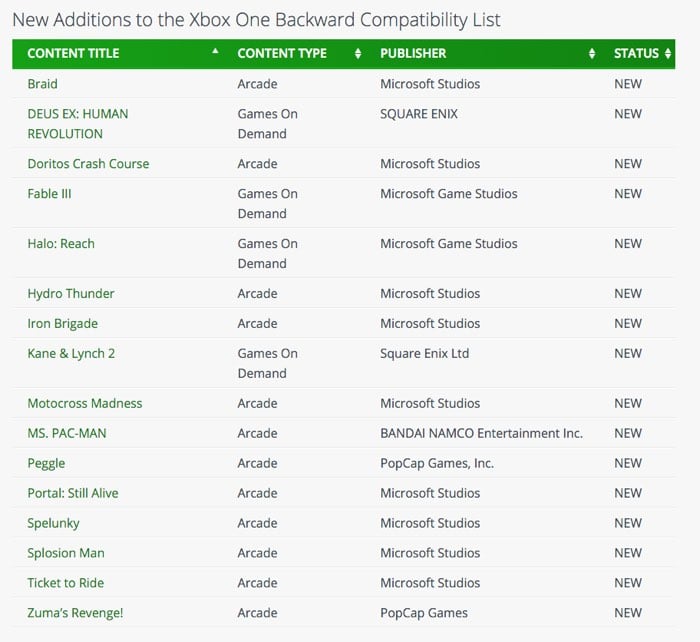