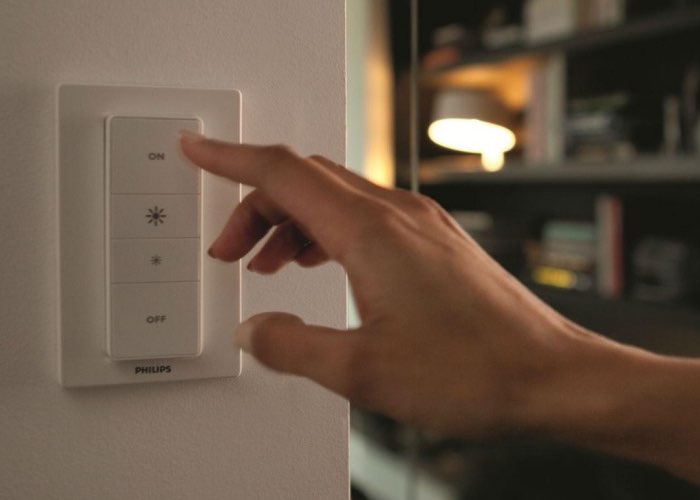 Phillips has this week announced the imminent launch of a new more affordable Hue Smart Light Bulb Kit that takes the form of a $40 wireless dimming kit.

Although to bring the price down from the original starter kits that are priced around $200, Philips has needed to remove a number of the features for the new $40 bundle.

Removing the support to control the lights via your smartphone is one of the big differences between the two kits. The latest $40 kit does come supplied with a battery-powered dimmer switch that can be positioned anywhere within your home and is fitted with four buttons. The CR2450 battery should last for three years says Phillips, while the Hue LED bulb is rated for 25,000 hours.

Phillips also explains the dimmer switch is capable of changing the brightness on up to 10 bulbs at once, although extra bulbs will need to be purchased separately at a cost of $20 each. For more details on the range of Phillips Hue lighting that is available jump over to the official website.