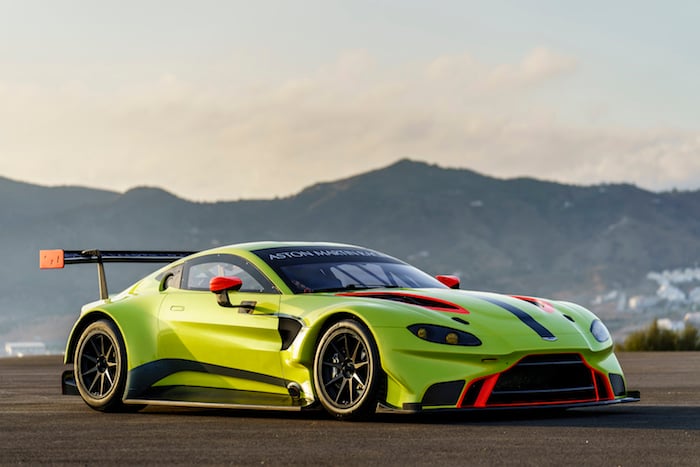 The car has has a number of upgrades from the road car, and the company plans to take on this years 24 Hours of Le Mans. 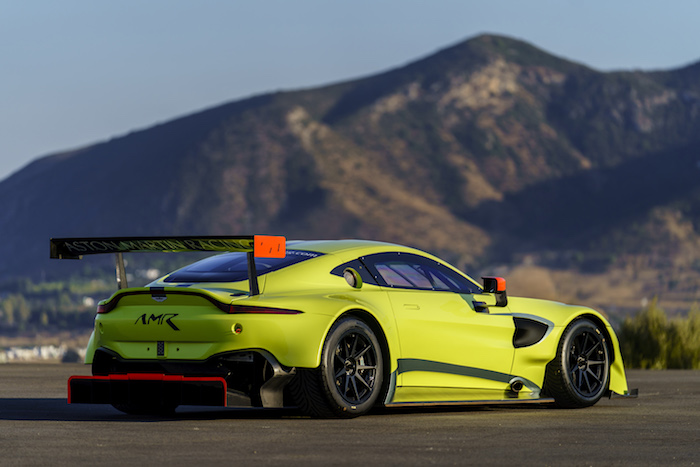 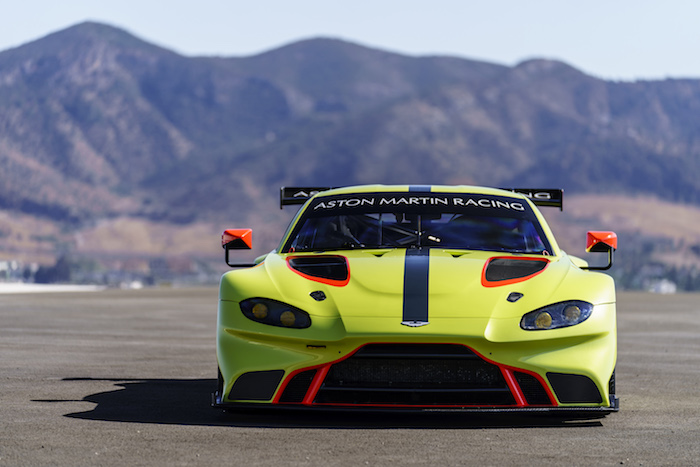 Built to comply with the FIA’s strict GTE class regulations, the new Vantage GTE takes the road car’s core design and dynamic capabilities to a whole new level through extensive optimisation of the powertrain, chassis and aerodynamics. Designed and engineered in-house at Aston Martin Racing’s headquarters in Banbury, the project is led by Technical Director Dan Sayers, who also guided the design and development of the current V8 Vantage GTE – the car credited with 37 of the team’s 51 international race victories, including two Le Mans 24 Hour class wins.

Though the new Vantage road car has only just been launched, development of the new Vantage GTE race car is well advanced, with more than 13,000km of testing completed, including a successful 30-hour run at the Spanish circuit of Navarra. The car has also been through a rigorous durability programme at the notoriously rough Sebring circuit in Florida. All of Aston Martin Racing’s current drivers have contributed to the test programme. 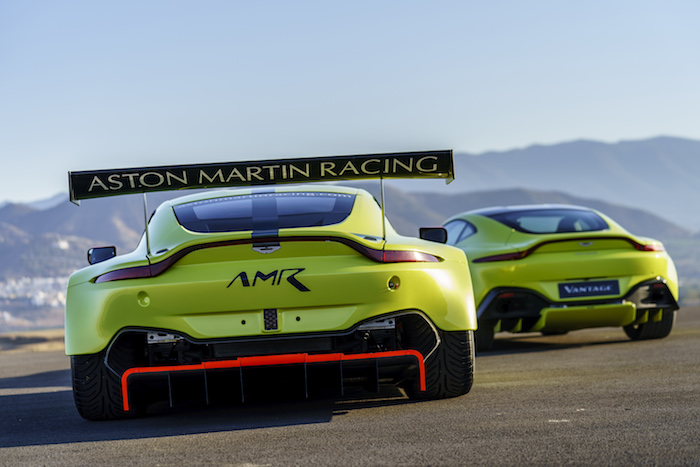 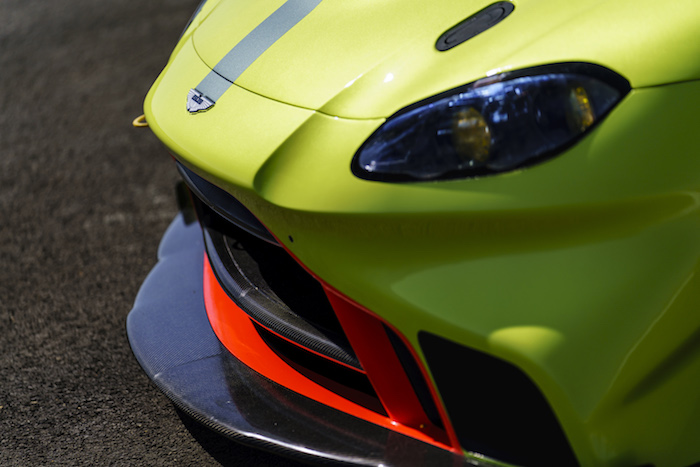 You can find out more details about the new 2018 Aston Martin Racing Vantage GTE over at Aston Martin at the link below. 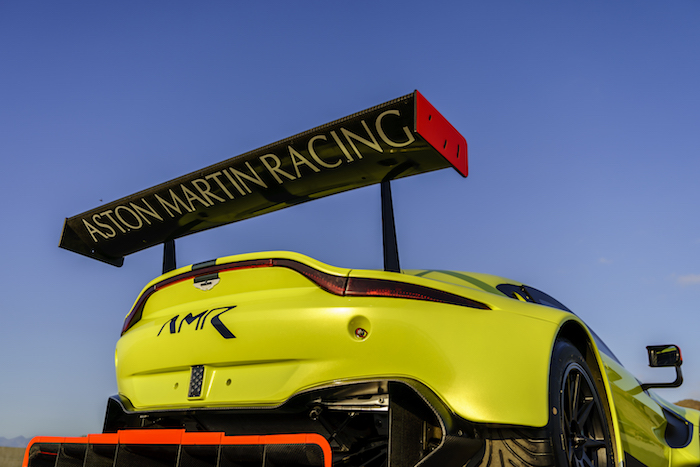