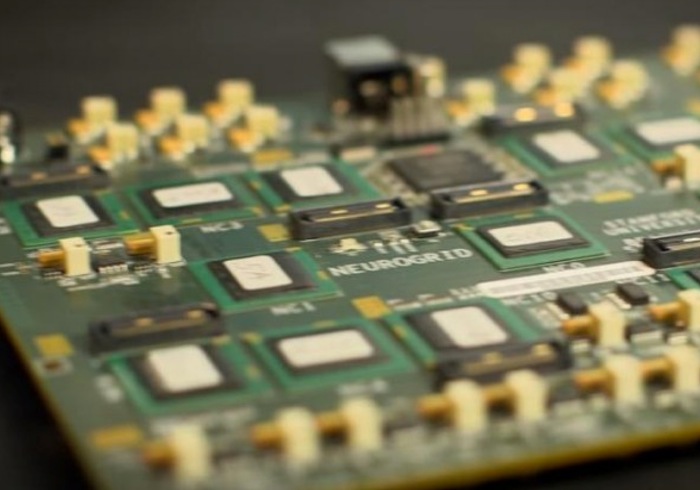 It has been revealed this week that researches at Stanford led by associate professor of bioengineering Kwabena Boahen, have developed a new circuit board called the Neurogrid, which has been inspired and modelled on the human brain that is equipped with a hundred billion neurons.

The Neurogrid is currently the fastest and most energy efficient of its kind and is roughly the same size as an Apple iPad. Being capable of simulating one million neurone and billions of synapses for a price of around $400.

The new Neurogrid circuits have been developed to hopefully create the next generation of biotic limbs that will hopefully be controlled directly by the patient’s brain in real time with very little effort.

The iPad sized Neurogrid Circuit board is equipped with sixteen custom designed “Neurocore” chips, that have been designed to function on the smallest amount of power possible.

Boahen and team have been working with other Stanford scientists to develop prosthetic limbs that intimately would be controlled by a Neurogrid-like chip. Watch the two-minute video below to learn more about this innovative and groundbreaking new Neurogrid circuit board. For more information on the new Neurogrid jump over to the Stanford University website for details.