As you might already know Netflix has been testing new subscription plans for its customers that offer a number of benefits and let you and your family or housemates view Netflix in multiple rooms or on multiple devices simultaneously. 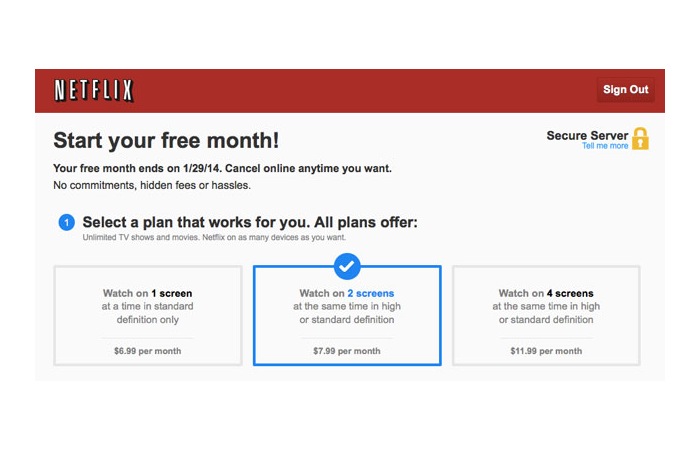 On Wednesday CEO Reed Hastings and CFO David Wells explained in a writing in a fourth-quarter letter to its shareholders :

“Last April we introduced a 4-concurrent stream $11.99 option to begin our evaluation of plan tiering. Since late last year, we have also been testing 1-stream and 3-stream variants, as well as SD/HD variations, at various price points. Eventually, we hope to be able to offer new members a selection of three simple options to fit everyone’s taste.”

Netflix also explained that there would be “generous grandfathering of their existing plans and prices,” and Netflix is in “no rush to implement such new member plans and (are) still researching the best way to proceed.”

As soon as more information comes to light on the Netflix new subscription plans we will keep you updated as always.