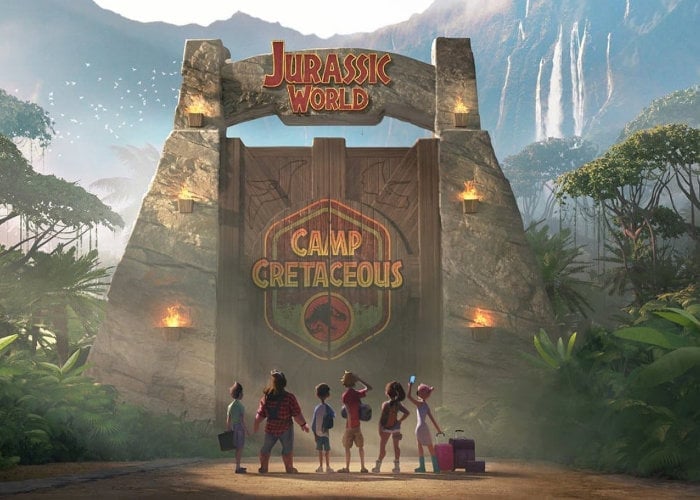 Netflix has this week confirmed that its new Jurassic World: Camp Cretaceous animated series will be premiering next year during 2020. The animated series, set at the same time as the 2015 film, follows a group of teens at a new adventure camp where “absolutely nothing goes wrong. Just kidding: dinosaurs”.

Check out the teaser video shared via the Netflix Family official Twitter account today. Jurassic Park director and franchise producer Steven Spielberg and Colin Trevorrow, who directed Jurassic World, are among the executive producers. Camp Cretaceous is the latest manifestation of a long-running deal between DreamWorks and Netflix that has led to shows including The Boss Baby: Back in Business and Guillermo del Toro’s Tales of Arcadia.

Jurassic World: Camp Cretaceous is set to debut on Netflix in 2020, but no specific dates have yet been confirmed by Netflix but the soon as more details are announced we will keep you up to speed as always.

“The action unfolds parallel to that film’s narrative, following a group of six teenagers who are trapped on Isla Nublar as dinosaurs run riot all over the island. They are there as part of a “once-in-a-lifetime experience” that puts them on the opposite side of the island to the main park, isolated from the terror that’s unfolding until the danger becomes very severe.”

Hold onto your butts – Jurassic World: Camp Cretaceous is coming in 2020! The animated series, set at the same time as the 2015 film, follows a group of teens at a new adventure camp where absolutely nothing goes wrong. Just kidding: dinosaurs. pic.twitter.com/YXNGx6fKCJ