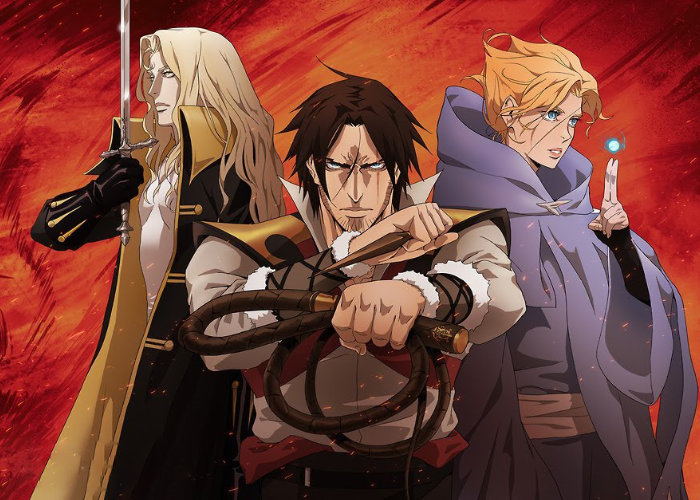 Netflix has this week confirmed it’s animated Castlevania series will be returning for a 4th season. The announcement was made via the NXOnNetflix Twitter account embedded below. Castlevania is an adult animated web television series based on the Japanese video game series of the same name by Konami.

The first two seasons of CAstlevania adapt the 1989 entry Castlevania III: Dracula’s Curse and follow Trevor Belmont, Alucard and Sypha Belnades as they defend the nation of Wallachia from Dracula and his minions. Seasons 2 and 3 borrow characters and elements from the 2005 entry Castlevania: Curse of Darkness.

“When his wife is burned at the stake after being falsely accused of witchcraft, the vampire Count Dracula declares all the people of Wallachia will pay with their lives. He summons an army of demons which overruns the country, causing the people to live lives of fear and distrust. To combat this, the outcast monster hunter Trevor Belmont takes up arms against Dracula’s forces, aided by the magician Sypha Belnades and Dracula’s dhampir son Alucard. “

Sir Mirror has some Castlevania news, reply with 👏 to summon him from his box… pic.twitter.com/XdCPlTsAQM