Netflix has today rolled out a major update to its iOS applications taking the app to version 2.2. The update brings with it a totally new user interface for iPhone, iPod touch, and iPad devices.

Together with a number of enhancements which make using the application more enjoyable. Thumbnails have now been added to the navigation bar whilst you scrub through a file, as well as larger player controls, making it easier to control your viewing on smaller screens. 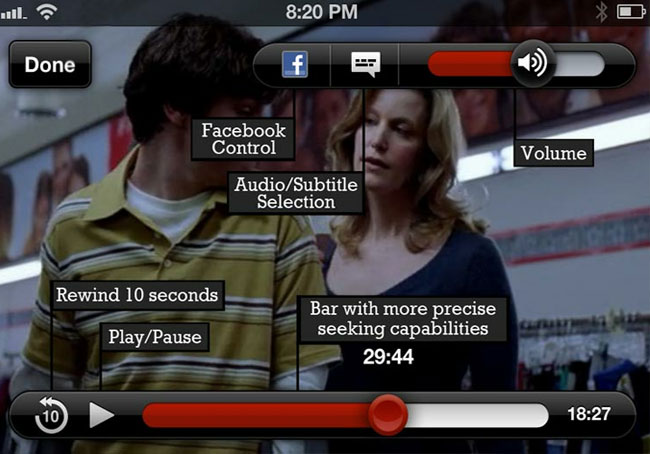 Other features include the ability to limit layback to just wireless connections, saving you your data tariff, and easier ways to access your audio and subtitle preferences. Together with the ability to enable or disable sharing films and shows via Facebook.

The new Netflix 2.2 iOS application is ready to download from the iTunes App Store, and Netflix says its Android app with the new enhancements is in the works and will be launched very soon.