This has to be one of the coolest NES mods we have seen here on geeky gadgets, the NES Purse, by Jeri Ellsworth.

The NES Purse is a fully functional NES built inside a purse, it has a built in LCD screen , and two NES controllers which are held onto the purse by Velcro. 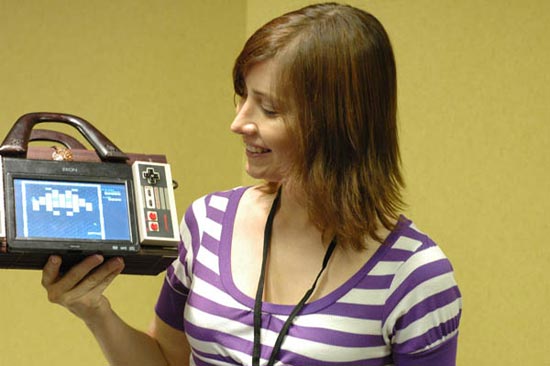 Jeri used a screen from a portable DVD player and a system-on-a chip kit to make this cool NES mod, there is also a C64 emulator inside as well. 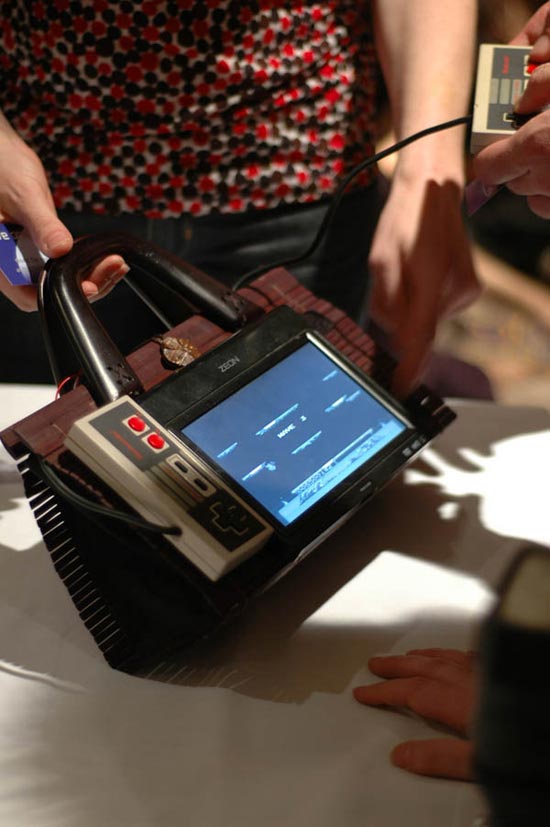 Here is a video of it in action.

This is definitely one of the coolest mods we have seen, I wonder if we will start to see NES Man Bags appearing on  the web?