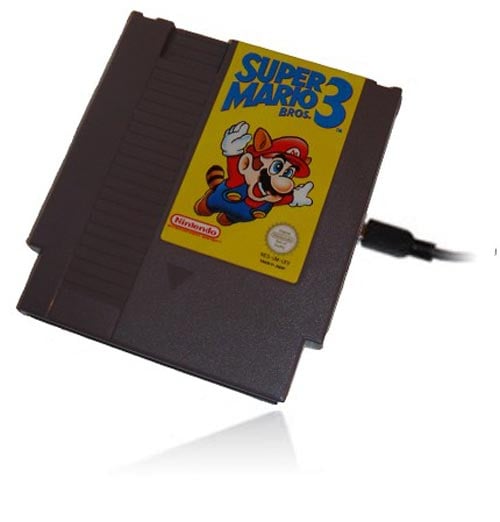 This cool external hard drive was made by Etsy seller NES Box.

I recently purchased an external drive and was disappointed with the enclosure, this may sound shallow but when you spend money on something, you want it to look and feel exactly right.

From these humble beginnings Nes-box was born, my next task was to see if my plan would work, so I dismantled one of my old nes cartridges to size it up against the drive. The cart was almost a perfect match and the drive fitted quite snugly inside its new jacket.

It was made using a 250GB SATA hard drive with 8MB of cache, and a Super Mario Bros 3 NES cartridge, it runs from USB power so there is no need for external power.

If you want one head on over to Etsy, but be quick about it as the seller only has one for sale and it is available to by for $180.

Also check out the NES Box site, but it looks like it is still under construction at the moment.