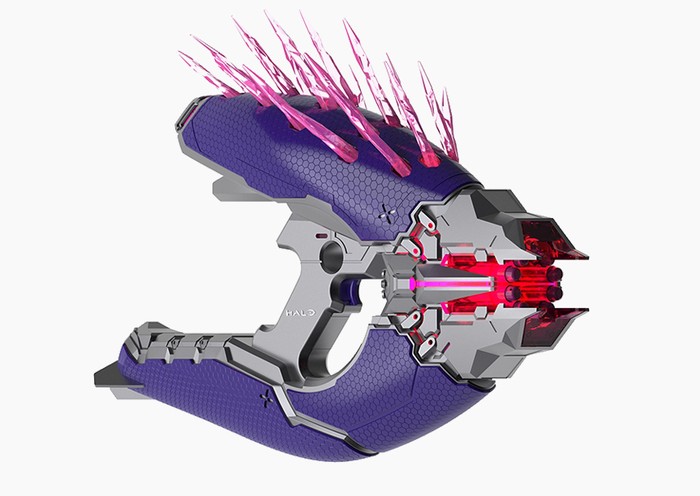 NERF are now accepting preorders for the limited edition Halo Needler Dart-Firing Blaster which is available from online retailers such as Amazon for $100. Apparently preorders have to be made for the gun before December 31, 2021 according to the Nerf Firefly Corporation YouTube channel. The fully automatic Nerf blaster requires batteries and features a 10 Dart rotating drum and 10 Nerf Elite darts to get you started or add to your collection of ammo. 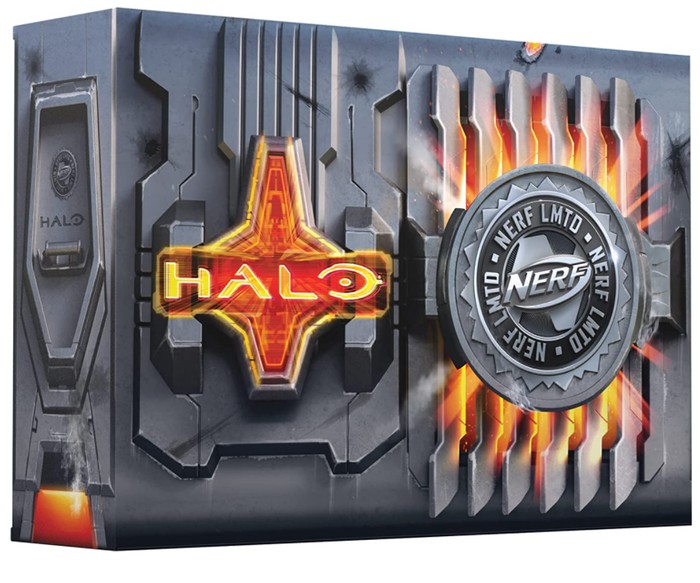 – This dart-firing blaster is inspired by the iconic blaster from the Halo video game franchise and includes 10 Nerf Elite foam darts and a display stand
– The flexible needles light up when you grip the handle! Additional accent areas also light up on the blaster. Requires 6x AA 1.5v alkaline batteries (not included)
– Flip open the shield to access the drum for easy dart loading. Pull the trigger to unleash 10 darts in a row. Includes 10 Official Nerf Elite foam darts
– The blaster has a display mode so you can activate all the light-up features and place the blaster on the included stand to create an eye-popping display
– Includes a card with a code to unlock in-game content in the Halo Infinite game.* Everything comes in premium packaging that’s great for display

“Imagine yourself as one of the Banished or Covenant and get ready to battle the UNSC! This Nerf dart blaster recreates the blaster’s distinctive design with flexible needles that light up when you grip the handle! Fire the darts and watch the needles go dark to simulate how they launch from the blaster in the game. Other light-up accents add to the exciting visual presentation. This fully motorized blaster unleashes 10 darts in a row from the rotating, 10-dart drum. Includes 10 Nerf Elite foam darts. Switch to display mode to illuminate the blaster and showcase it on the included stand. Includes a game card with in-game content in the Halo Infinite game.”