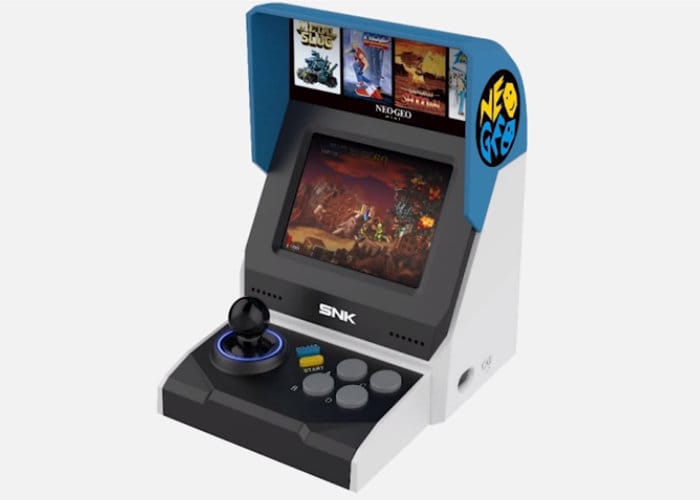 Gamers based in the US and Europe patiently waiting to get their hands on the NEOGEO mini desktop arcade game, offering a “hand sized full game experience”. After the arcade console was previously launched throughout Japan, South Korea, Hong Kong, Taiwan, will be pleased to know that the NEOGEO mini arcade cabinet is expected to arrive in both the US and Europe from September 10th and will be available to purchase from both online and high street retailers.

“NEOGEO mini has attracted a lot of attention from many retro gamers, SNK super fans and other gamers and animation enthusiasts in Europe and America since the first official appearance of the E3 exhibition. With the selling in Japan, South Korea, Hong Kong, Taiwan and other places, European and American players and fans are also eager to pay attention to local selling information.”

NEOGEO mini International Version will be on Pre-sale in USA and European markets on 10th September 2018 :

As soon as more information regards pricing and availability are released we will keep you up to speed as always.