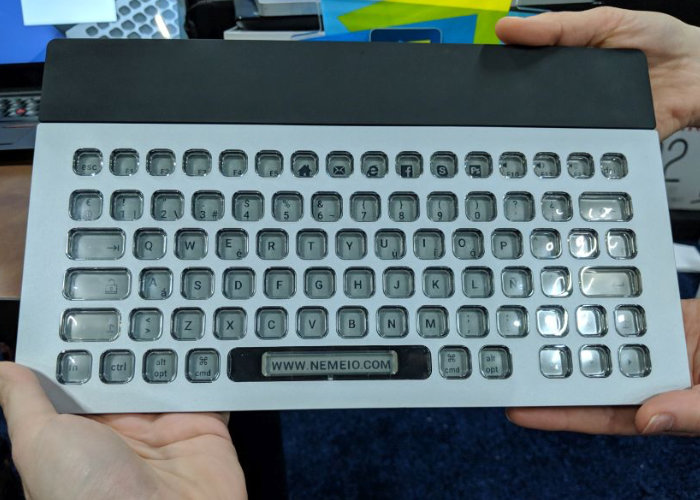 The development team at French company LDLC is this week showcasing their new Nemeio customisable keyboard which features ePaper keys. Connections for both USB Type-A and Type-C are located on the rear of the keyboard which is expected to ship sometime later this year, although pricing is expected be somewhere between $300 and $500. Watch the hands-on demonstration video below to learn more about the design, features and customisation options of the Nemeio which is being showcased at this year’s CES 2019 technology show.

Supporting both Windows and Mac computers the keyboard will automatically connect without the need to download and install any custom drivers. Brad Linder who is at CES 2019 this week explains a little more about what you can expect from the ePaper keyboard.

“The version on display at CES is still a prototype. The clear plastic keys feel smoother than you’d expect from a keyboard, and it’s not the most comfortable keyboard I’ve ever typed on — keys don’t feel quite as springy as they should, but the company says it’s working on improving the responsiveness of the keyboard. Multi-lingual folks who want a keyboard that supports both French and English, for example, could easily switch from one to the other and back again. Or users who want to set u[p different keyboard shortcuts for different tasks (such as document editing vs photo editing) could set up different layouts for each.”

As more details are announced on pricing and availability later this year will keep you up to speed as always.