Having to vacuum your floors by hand isn’t something most of us consider to be fun or relaxing. I think most people would stop vacuuming the floors if they could. A company called Neato Robotics has unveiled a couple new robotic vacuum cleaners that fall into the XV Signature Series. 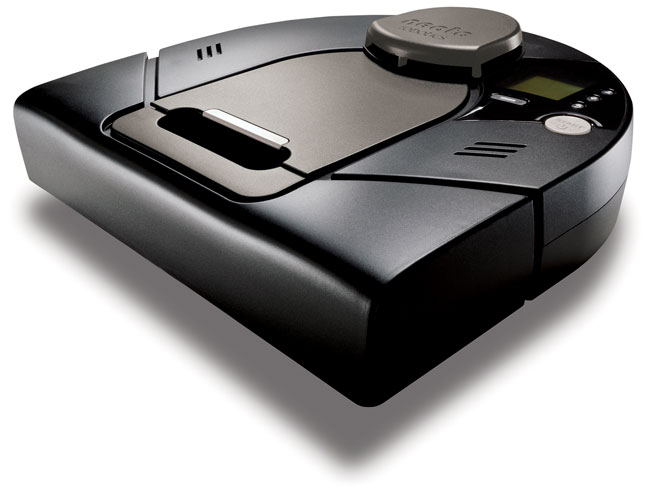 The two robots are very similar with the difference being that the Pro version has a combination brush making it more functional on a variety of floor surfaces. Both of the robotic vacuums are designed for automated vacuuming on a set schedule or when needed. They both use laser mapping technology to avoid obstacles such as furniture and stairs.

That laser mapping system also allows the robotic vacuum to return to its cradle for charging when power is needed and then resume vacuuming from where it left off. Other features of the vacuums include a square front design allowing them to fit into corners, a low profile that will fit under furniture, and they need no bags. The vacuums also have filters to help remove allergens from the air. The Neato XV Signature Pro sells for $449 and the normal version sells for $399.