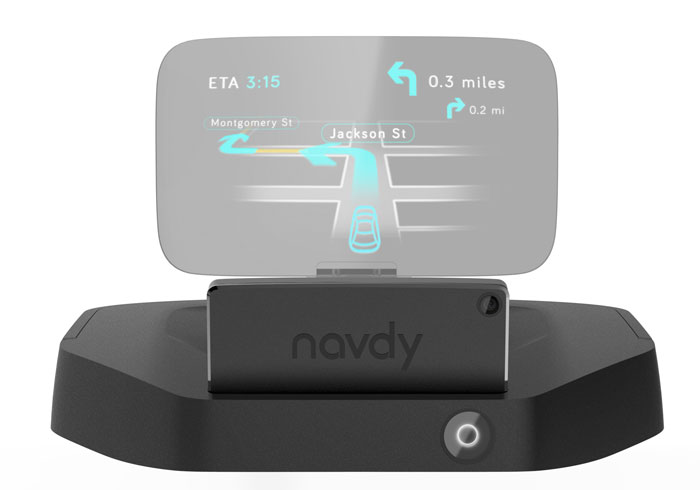 Navdy is a new device that has just debuted that is up for pre-order and is designed to help drivers keep their eyes on the road. The Navdy device sits on the dash and uses a super bright projector to throw images onto a 5-inch screen. That screen looks like it floats six-feet in front of the driver when in use.

The idea is that the Navdy device can link with your smartphone via Bluetooth 4.0 and show things like GPS directions, phone calls, and more while you drive. Users can wave a finger in front of the gesture recognizing camera to answer or end phone calls. Navdy will sell for $299 if you pre-order, but when it hits retail, the price will be $499.

One of the cool things about Navdy is that it will work with iOS 7 and higher as well as Android 4.3 and up devices. It can also plug into your vehicle OBDII port to get information like speed, RPM, and more. Drivers will be able to swipe left and right with finger gestures to change what is on the screen. Shipping will begin in early 2015.