The Nationite MIDnite could be just another Android powered tablet but what makes this devices special it that it uses the ARM Cortex A8 technology as used in the iPad’s Apple A4 CPU or Samsung’s Hummingbird.

Not only that the MIDnite tablet is also only priced at 153.61 Euros or around $200. Check out a demo video after the break. 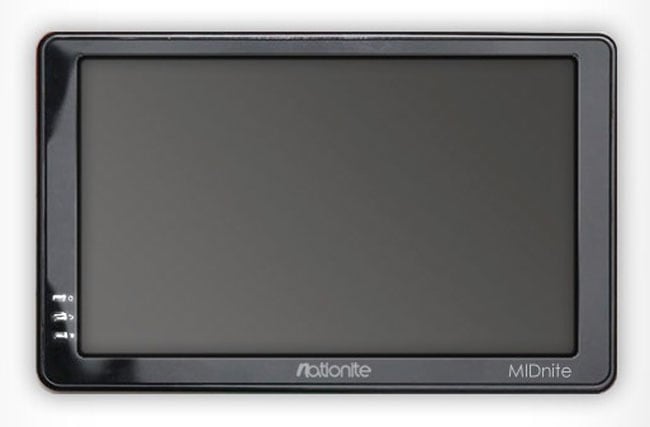 Due to the expensive processor technology other components have need to be trimmed back to keep the price around $200. So rather than a capacitive screens we’re used to these days, the tablet display is 800 x 480 WVGA, but uses a resistive, single-touch panel.

Also the 3,000 mAh battery is only capable of providing 5-6hrs of juice with WiFi turned on, or 7-10hrs with it turned off.

It does however have 256MB of RAM and 2GB of flash storage; a microSD slot that takes up to 16GB cards for expansion and storage and supports video MKV (H.264 HP)/RMVB/MPEG-4/FLV/MPEG-1/MPEG-2 up to 720p has intergrated speakers and a headphone jack.

The Nationite MIDnite Android Tablet is available to pre-order from the MP4nation website for 153.61 Euros with the device shipping on August 23rd 2010