NASA has launched a new application for Apple’s iPad and iPhone this week called Spacecraft 3D which in an augmented reality app that allows you to investigate and learn more about NASA spacecraft and their missions.

The NASA iOS app allows you to print off and use augmented reality targets with the iPad/iPhone camera to view closeup images and see how the NASA Spacecraft move and view the spacecrafts engineering feats. 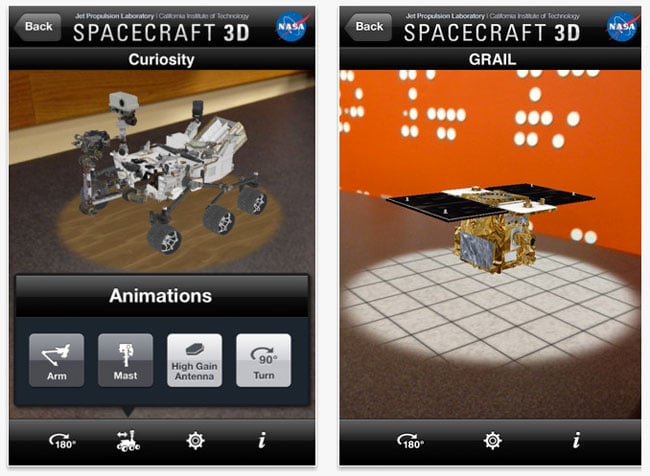 NASA explains that their Spacecraft 3D iOS app will be updated over time to include “more of the amazing spacecraft that act as our robotic eyes on the earth, the solar system and beyond!”

The NASA Spacecraft 3D augmented reality iOS app is now available to download from the iTunes App Store for free.