NASA has this week launched its first game on to a major home entertainment console in the form of the Mars Rover Landing game, which is currently on Xbox Live, and is now available to download for free.

The NASA Mars Rover Landing game supports Microsoft’s motion controller Kinect and enables players to get a feel for what it might be like to land the Mars Curiosity Rover. Watch the video after the jump to see it in action. 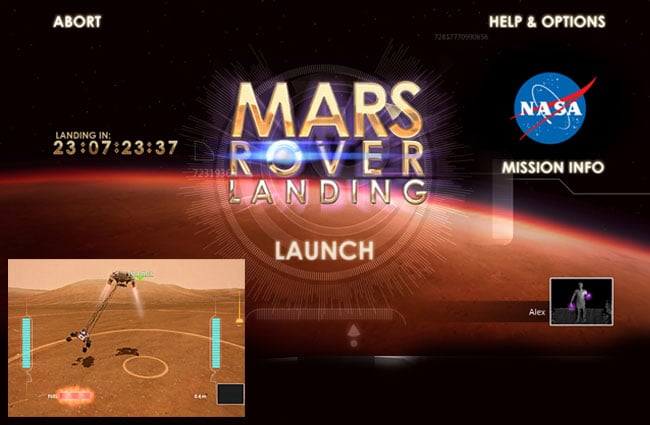 NASA Doug McCuistion, director of NASA’s Mars Exploration Program explains “Families can get a taste of the daring that’s involved in this, just landing this mission on the surface,”-“It’s going to be very similar to the way the team actually is going to do that.”