NASA has two announced the launch of two new educational games for Apple’s iPad device and Facebook. The iPad game puts you in the position of an Air Traffic controller for Sector 33, where you must merge the arriving planes into a single traffic stream as they pass over Modesto, CA on the western edge of your sector. 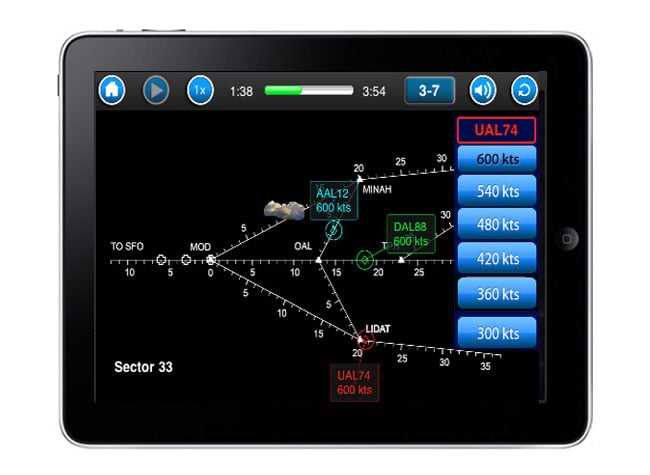 In Sector 33 planes must be properly spaced and arrive over Modesto as soon as possible. Every minute you delay a plane during the traffic rush, that delay is passed on to ALL the other planes flying behind it. Although time is of the essence, to assure safety, the planes must NEVER violate minimum spacing requirements. The Sector 33 App can be downloaded free of charge from the App Store.

“Space Race Blastoff opens NASA’s history and research to a wide new audience of people accustomed to using social media,” – “Space experts and novices will learn new things about how exploration continues to impact our world.”

If you have had a chance to play either of the games, let us know your thoughts in the comments below.