NASA has developed an airbag for helicopter,s unlike standard airbags this one is on the outside of the helicopter and it is designed to protect it in the event of a crash.

The airbag system is an expandable honeycomb cushion, which NASA have named the ‘deployable energy absorber’, and the helicopter was dropped from 35ft, you can see what happens in the video below. 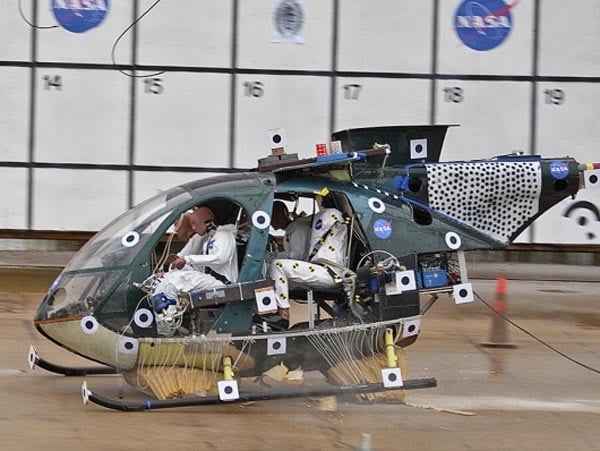 Apparently according to NASA, who used a range of crash test dummies in the test, one of which was fitted with special sensors to detect damage to internal organs, all survived the crash without injury.

It will be interesting to see how this technology develops, and can be translated into the real world, if it works out well we could end up seeing something similar in airplanes.